Menu
View our Events
Stay Connected:
President Donald J. Trump renews pledge to dramatically accelerate the pace of job growth and oversee the creation of 25 million new jobs in the next decade. 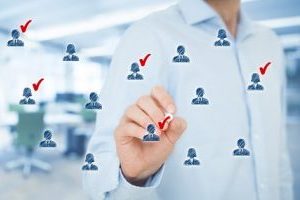 May 5, 2017 – Employers added 211,000 jobs last month as the U.S. unemployment rate fell to 4.4 percent, according to the most recent U.S. Bureau of Labor Statistics report. During the month, the number of workers unemployed also dropped to 7.1 million. April marked the 77th straight month of job growth in the U.S.

Economists had widely expected the number of new jobs created in April to rebound following a disappointing figure in March. Surveyed by Bloomberg they anticipated 190,000 new job additions.

Forty five percent of U.S. employers plan to hire full-time, permanent employees in the second quarter – a significant jump from 34 percent last year and the highest percentage for the quarter dating back to 2007, according to CareerBuilder‘s latest forecast.

“This is the best forecast we have seen for the second quarter since we started doing this survey more than 10 years ago,” said Matt Ferguson, chief executive officer of CareerBuilder. “Nearly half of employers hired full-time employees in the first quarter and that momentum is expected to continue over the next few months.” He said companies are paying close attention to policies introduced by the new Trump administration to assess the potential impact on businesses, but the hiring outlook is “optimistic.”

4 Ways to Build Talent Pipelines of the Future
While strong job growth is a good sign for the U.S. economy as a whole, it presents certain challenges for employers and HR professionals. Employers are having difficulty attracting suitable candidates and jobs are becoming harder to fill, requiring more time and money to hire best-fit talent.

Sheila Greco, founder of SGA Talent in Amsterdam, NY, said that for her firm the first quarter of the year has been strong and that she and her clients are also optimistic about the months ahead. “I know from a small business perspective, we see this as being a very positive time,” Ms. Greco said. “A lot of times people put their hiring on pause in an election year to see what happens with the outcome. Now that it’s over a number of our clients have just said, ‘You know what? We paused it for a while and now we’re going full bore. We need talent.’”

According to the latest ‘Employment Outlook Survey,’ released by ManpowerGroup, employers expect the pace of hiring to continue picking up this quarter, with nearly 25 percent planning to add staff through June. The upbeat forecast indicates the continued uncertain political climate is having little effect on employer confidence.

“U.S. employers have a positive outlook for the second quarter as the country waits to understand how the new administration’s policies will come into effect,” said Michael Stull, senior vice president, Manpower North America.