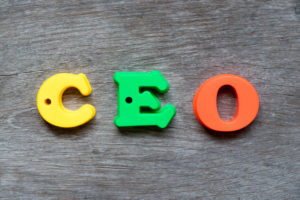 June 10, 2019 – Executive recruitment firms have made a number of top leadership appointments in the past year, many focused on strategy, growth, branding efforts and operations. The latest: London-based Search Consultancy has appointed Richard Vickers as its new CEO, replacing longtime leader Grahame Caswell who will be stepping down in December.

“I am delighted to be joining the Search Consultancy at an incredibly exciting time for everyone in the recruitment industry,” said Mr. Vickers. “What most attracted me to the role was the chance to build upon great foundations and take the group to the next level of success. I am really looking forward to working with the senior teams across the businesses to achieve positive and sustainable growth.”

Mr. Vickers has decades of experience in the recruitment industry. He has worked for Page Group in both the U.K. and the U.S. and Canada, most recently as regional managing director, North America.

Mr. Caswell said the appointment was part of his long-term retirement plan. After a short hand-over period he will remain involved with the business as a shareholder and non-executive board member.

“I have enjoyed almost two decades with Search Consultancy, and am incredibly proud of what we have achieved, growing from a Scottish regional business to one of the leading talent firms in the U.K.,” said Mr. Caswell. “This is the right moment for me to step away from the business, and I believe the time to welcome a new CEO who will be here longer term to drive and grow this business from the great position it is in today. I truly believe we have found that person in Richard Vickers.”

Patrick Kalverboer, chairman of Search Consultancy and managing partner at H2 Equity Partners thanked Mr. Caswell for his service to the firm. “He goes onto his well-deserved retirement with my true best wishes and genuine thanks,” said Mr. Kalverboer

Since Search Consultancy opened its first office in 1987, the firm has grown with offices in locations nationwide placing people at all levels across a wide range of commercial and industry sectors. The organization, which started in Glasgow, moved south of the border in 2000. The business sectors it serves include: commercial, construction trades, global, healthcare, hospitality and catering, transport and industrial, technical and engineering, technology and transformation, and professional services.