Stay Connected:
Here’s the latest jobs report, with Bob Lopes, president of Randstad Sourceright in North America, weighing in. Only 75,000 jobs were created in May – is this a warning sign for a slowing economy? 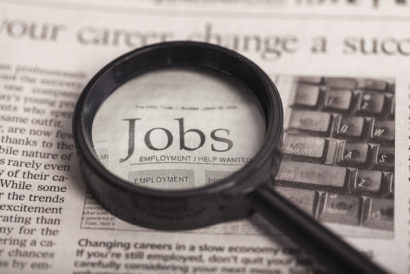 June 7, 2019 – Employers added just 75,000 jobs last month as the U.S. unemployment rate remained at 3.6 percent, according to the most recent U.S. Bureau of Labor Statistics report released this morning. Economists had estimated that 175,000 jobs were to be added last month, according to a Bloomberg survey.

“There’s increasing evidence that the ongoing trade war here is beginning to have some tangible effects on the U.S. economy,” said Tim Quinlan, a senior economist at Wells Fargo Securities. “We’re not on the edge of the cliff here. But the pace of expansion in (manufacturing) is the slowest of the Trump era.”

“The question moving forward is whether or not slowing growth in the goods sector could pull down the services sector,” said Martha Gimbel, director of economic research at Indeed Hiring Lab. “Goods industries in general are more sensitive to trade wars, commodity prices and other unpredictable factors.”

“While some industries slowed their rate of hiring in May due to uncertainty over international tariffs, or an inability to find qualified workers, other sectors such as high-tech and life sciences continued to experience healthy job growth,” said Bob Lopes, president of Randstad Sourceright in North America.

“Employers that may be hesitant to hire full-time workers have maintained, and even increased, revenue by onboarding temporary workers. Incorporating part-time or contract workers can help businesses endure market fluctuations and remain more agile in regards to human capital as business needs change,” he said.

U.S. employers were expecting hiring to pick up in coming months, with 24 percent of employers planning to add staff, according to the latest “Employment Outlook Survey,” released by ManpowerGroup. Employers in all U.S. regions and industry sectors are looking for headcount to grow. This is the seventh consecutive year of double-digit hiring outlooks in the U.S., according to the survey of more than 11,500 U.S. employers. But will those prospects now dim?

Looking further ahead, economists foresee ongoing economic expansion for at least the next 12 months and companies expect to continue hiring, according to a business conditions survey released by the National Association for Business Economics (NABE). All survey respondents said that they expect the U.S. economy, as measured by the change in inflation-adjusted gross domestic product (real GDP), to increase over the next four quarters.

Employers Look to Continue Hiring Plans
U.S. businesses report strong hiring intentions, according to the latest “Employment Outlook Survey” by ManpowerGroup. Let’s go inside the latest forecast and see which sectors and regions are in growth mode. Search expert Todd Bennett then weighs in.

A separate report from Express Employment Professionals found that 80 percent of respondents said they planned to hire during the current quarter. Forty-one percent said the employment market is “trending up,” indicating that hiring might still pick up further in some parts of the country.

“The pace of hiring varies significantly by region, but the fact that hiring continues and so few businesses say their markets are ‘trending down’ is more encouraging news for the economy,” said Bill Stoller, CEO of Express Employment Professionals. “It’s worth asking, how much stronger would our economy be if we could fill the 7.6 million jobs that were open at last count?”