Menu
View our Events
Stay Connected:
The search firm’s Gene DeFilippo gets his man in placing the former Wolverine and NBA star at UM. The new coach is “squeaky clean, model citizen.” Let’s go inside the hunt for top sports leadership – an increasingly active business environment for recruiters. 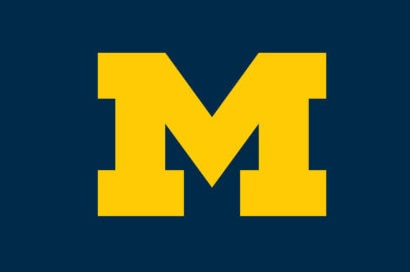 May 24, 2019 – Universities have been turning to search firms in greater numbers to fill their top coaching vacancies. Turnkey Search, a subsidiary of Turnkey Sports & Entertainment, recently placed Juwan Howard as the men’s head basketball coach for the University of Michigan, a plum assignment. He is a former Wolverine All-American and NBA All-Star.

“A basketball head coaching search is intense,” said Turnkey chairman Len Perna. “Within 24 hours Gene had canvassed the entire pro and college basketball landscape, spoken to more than two dozen coaches and their agents, and had all the key facts.”

But Juwan Howard was at the top of the search firm’s list from the start, he said. “His No. 1 asset is that he is a squeaky clean, model citizen, highest integrity individual who is respected across basketball. With all the stuff in college basketball these days, including the FBI investigations, we knew Juwan is beyond reproach. At the University of Michigan, that’s always the top priority – doing things the right way. Some of the other candidates from college ball – you never know what might surface down the road. It’s a risk. But with Juwan, we knew we were getting a clean, honest, outstanding role model and family man.”

Juwan also happens to be one of the hot, rising coaches in basketball, Mr. Perna said. “After 19 years as an NBA player, he wasn’t handed anything as a coach. He didn’t start as a bench coach, the way other star players do. Juwan worked his way up to being a top NBA assistant coach. That takes hard work, persistence, humility and smarts.”

Mr. Perna also noted that Mr. Howard had returned to Michigan to complete his degree. “Many NBA players don’t do that,” he said. “So Juwan isn’t a flash in the pan. He has worked his way up in basketball and athletic director Warde Manuel felt that he would be an outstanding representative of the University of Michigan.”

Mr. Howard has not forgotten his collegiate days as a member of the university’s illustrious 1991 recruiting class, dubbed the Fab Five. “At one point during my interview of Juwan, he said that as great as the Fab five had been, they never won a national championship,” Mr. Perna said. “He, Chris (Webber), Jalen (Rose), Jimmy (King) and Ray (Jackson) have always felt they had some unfinished business. Juwan wants to finish that mission and win that national title for the entire Michigan community. When you have a candidate who brings that level of passion, well, it just put Juwan ahead of other candidates.”

Mr. Howard spent the last six years with the Miami Heat. While an assistant for the last five years, he worked under Erik Spoelstra and helped the Heat win three division titles and one Eastern Conference championship. He spent his first year as an assistant coach/player development coach. Prior to coaching, Mr. Howard had an accomplished 19-year NBA playing career capped off by winning NBA championships with the Heat in 2012 and 2013. Prior to his professional career, Mr. Howard spent three years, from 1991 to 1994, in Ann Arbor.

“We have found someone with high integrity, great character and a coach who has unbelievable knowledge of the game of basketball,” said Mr. Manuel, the University of Michigan’s director of athletics. “Juwan has proven himself to be a tremendous leader, a wonderful communicator and a developer of talent. We couldn’t have asked for a better role model for the young men in our program. We are excited to welcome back a member of the family to Ann Arbor.”

“As a ‘Michigan Man’ I know the place our program has in college basketball and I embrace the chance to build onto that history and lead us to championships both in the Big Ten and national level,” Mr. Howard said. “We will continue to develop young men on the court, in the classroom and in the community that our fan base will continue to be proud of. I cannot wait to get started.”

Over the last 25 years, the sports sector has grown into a formidable global industry. Historically, professional sports teams operated on a relatively modest level, with league officials, team owners, managers, and coaches surrounding themselves with people they knew and trusted from their own small worlds. College sports teams relied on in-house search committees and word-of-mouth recommendations. That has all changed.

Check Out These Related Articles On Searches For Basketball Coaches: