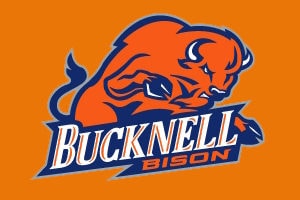 May 13, 2019 – Universities are increasingly turning to search firms to fill their top coaching vacancies. Recently, executive recruitment firm Ventura Partners placed Trevor Woodruff as the new women’s head basketball coach at Bucknell University. He takes over from Aaron Roussell, who left the school to take on the same role with the University of Richmond. Katy Young Staudt, managing director in its sports and entertainment practice, led the assignment.

“I am thrilled to welcome Trevor Woodruff to the Bucknell Athletics family as our next head women’s basketball coach,” said Jermaine Truax, Bucknell’s director of athletics and recreation. “The Bison women’s basketball program is currently performing at a championship level, as evidenced by our two Patriot League titles in the last three years, so it was imperative for us to identify an individual with a similar pedigree of success.”

“Trevor certainly fits that billing, with four league titles and four deep runs in the NCAA Division III Tournament during his four years at Scranton,” Mr. Truax said. “Beyond the wins and losses, Trevor has proven to be an outstanding mentor to his student-athletes, and I am excited for him to jump right in, get to know our players and work to build upon the excitement that our women’s basketball team has created on campus and in our community.”

Mr. Woodruff has compiled a 113-10 record and four conference championships over the last four years as head coach at the University of Scranton. The team advanced to the NCAA Division III Final Four this past season, adding to an Elite Eight appearance in 2016 and back-to-back Sweet 16 appearances in 2017 and 2018. Mr. Woodruff was twice named Landmark Conference Coach of the Year, earning the award for the first time while leading Scranton to a 30-1 record, including a 30-game winning streak, in his first season, and then again in his third season. Before Scranton, Mr. Woodruff spent 12 seasons as a head coach in collegiate men’s basketball, including 11 seasons at Misericordia, his alma mater. He was also the head men’s basketball coach at Lackawanna College in Scranton in 2003-04.

Mr. Woodruff takes over a Bucknell program that went 102-30 over the last four seasons, including a school-record 28-win season in 2018-19. “I would like to thank president John Bravman along with Jermaine Truax and Maisha Kelly for giving me this opportunity to coach at one of the premier universities in the United States,” said Mr. Woodruff. “Bucknell provides a world-class experience for its student-athletes, and my family and I could not be more excited to join the Bison family.”

Over the past 15 years, Ms. Staudt has established herself as one of a leading number of professional search consultants in the sports and entertainment worlds. Before joining Ventura Partners in 2018, she spent time at Witt/Kieffer and Eastman & Beaudine, where she conducted numerous searches for Division I head coaches and directors of athletics, and has worked closely with clients across professional sports properties including MLB, NBA, NHL, PGA TOUR, USTA, Churchill Downs and others.

Ms. Staudt has also served as director of recruiting for Learfield, assistant athletics director for marketing for the University of California-Riverside, and as a vice president of business development for a national non-profit organization.