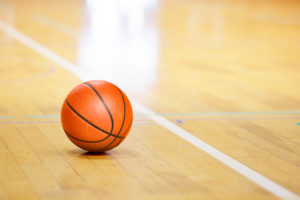 April 5, 2019 – Turnkey Search, a subsidiary of Turnkey Sports & Entertainment, has placed Fred Hoiberg as the new head coach for the men’s basketball program at the University of Nebraska. He replaces Tim Miles, who was let go after leading the Cornhuskers to a 19-17 record this past season. The appointment of Mr. Hoiberg follows a comprehensive national search led by Turnkey managing director Gene DeFilippo.

“Fred will be an outstanding representative of the university, and a great leader for our men’s basketball program,” said Bill Moos, athletic director. “When you look at him, you see an individual who has had success as a player and a coach.”

“Fred’s background will sell itself on the recruiting trail, and help us bring in the type of student-athletes needed to compete at the highest level,” he said. “His style of play not only will be appealing to prospective recruits, but will also provide our great fans an entertaining brand of basketball.”

Mr. Hoiberg has five years of experience as a college head coach, guiding his alma mater, Iowa State, to four NCAA Tournaments, including a Sweet 16 appearance, in five seasons from 2011 to 2015. He also served as head coach of the Chicago Bulls for parts of four seasons from 2015 to 2018. In addition, Mr. Hoiberg worked in the front office of the NBA’s Minnesota Timberwolves from 2006 to 2010.

Before his success as a head coach, Mr. Hoiberg made his name as a player at the collegiate and NBA levels. A second-round draft pick in 1995, he played 10 seasons in the NBA with the Indiana Pacers, Chicago Bulls and Minnesota Timberwolves.

“Bill Moos has made an exceptional choice to lead Husker basketball into the future,” University Nebraska chancellor Ronnie Green said. “I look forward to welcoming coach Hoiberg and his family to Nebraska and am excited to see where he takes the program.”

“Lincoln is a special place for our family,” said Mr. Hoiberg. “I was born in Lincoln, my grandfather Jerry Bush was the head coach at Nebraska, my other grandfather was a long-time professor there, and my parents are proud graduates of the University of Nebraska. Nebraska has always felt like a second home.”

Korn Ferry Seeks Head Basketball Coach for Vanderbilt
Just a few months after recruiting Vanderbilt University’s athletic director, Korn Ferry has been asked to find the school’s next head basketball coach. Bryce Drew, whose teams had a record of 40-59 over his three years at the helm, was let go last month.

The University of Nebraska also used Turnkey to find its AD, Mr. Moos, in 2017. He was recruited to the school from his past position as director of athletics at Washington State, a role he had served in since 2010.

Len Perna, founder, president and CEO, manages all aspects of Turnkey Search. A top executive in the sports industry since 1985, he began his sports industry career as a business attorney for Cap Cities ABC/ESPN and also served as a top executive for the Detroit Red Wings/Tigers and the Dallas Stars/Texas Rangers.