Menu
View our Events
Stay Connected:
The players may make the headlines, but it’s the executives behind the scenes that ultimately make a professional football franchise a success. The addition of Andrew Miller brings the Vikings a leader with integrity, strong business acumen and collaborative approach. Here’s the backstory on this latest top sports search. 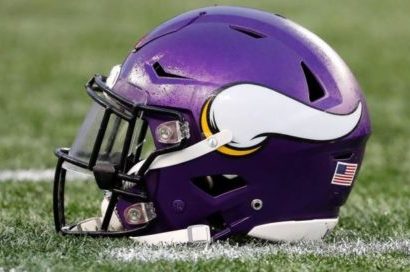 August 15, 2019 – The NFL and its teams continue to look to specialist recruiters to fill top C-suite roles. Recently, Turnkey Search, a subsidiary of Turnkey Sports & Entertainment, placed Andrew Miller as the new chief operating officer of the Minnesota Vikings. His first day in the role will be September 1. Len Perna and Evan Kashan led the assignment.

Mr. Miller takes over from former COO Kevin Warren, who was named commissioner of the Big Ten in June. That placement was handled by Korn Ferry (see sidebar).

“Kevin Warren was such an outstanding leader for the Vikings organization for so many years and he’s going to be an outstanding Big Ten commissioner,” said Mr. Perna. “In speaking with the Wilf family, owners of the Vikings, it became clear that they really liked Kevin’s background and legal training.”

“Several members of the Wilf family also have law degrees,” he said. “So, we began to focus on executives who had at least some level of legal training in their past and had then gone on to learn the business side of team sports, such as tickets, media, sponsorships, guest experience, analytics, etc.”

“Andrew Miller is an authentic, caring, collaborative community-oriented business executive,” Mr. Perna said. “While he certainly has an elite education with a JD and MBA, he leads from a very compassionate place. He’s a servant leader so to speak, constantly looking for ways to better support his business team, better support customers/fans, better support sponsors, and better support media partners.”

“Andrew’s experience is so current, so recent with the cutting edge of what’s working in pro team sports, he stood out,” said Mr. Perna. “Additionally, because he spent many years in baseball operations, he understands how to support the performance side. While Andrew won’t oversee football, his role is to support football and help them win, and his experience on the performance side of baseball is unique for a business executive.”

In his new role, Mr. Miller will oversee all the team’s business operations in addition to growing revenue, serving as a voice for the organization and sustaining a culture of inclusivity and respect.

“We are thrilled to name Andrew COO of the Vikings,” said owner and president Mark Wilf.  “Andrew is a first-class individual, known for his integrity, strong business acumen and collaborative approach. He cares deeply about people and their development and is acutely focused on every way in which he can improve the organization.”

“He is passionate about this opportunity,” owner Zygi Wilf said. “His collaborative approach and focus on the fan experience and community have always defined his leadership and align with our core values. He is an ideal fit for our organization, and we are excited to welcome Andrew and his family to Minnesota.”

Mr. Miller said he was honored to join the Vikings and to work with the Wilf family. “I am excited to be a part of the Vikings organization and positively impact our fans, who are among the most passionate in all sports,” he said. “My family and I look forward to immersing ourselves in the Twin Cities.”

Working with the Vikings

“The Minnesota Vikings are such an institution in the State of Minnesota,” Mr. Perna said. “It’s off the charts how loyal and engaged their fan base is. So, it’s an amazing, iconic brand. Full stop.”

“But even more impressive is the quality of the ownership – the Wilf family,” he said. “The integrity they have, how they treat people, how much they genuinely care about employees, partners, fans, all constituents.”

As an example, Mr. Perna spoke about how Mark Wilf showed compassion for the candidates who failed to win the COO role: “In every search there comes a time to make the call to each finalist candidate who didn’t get the offer,” he said. “In 24 years of executive search for pro sports teams, we’ve never had a team owner want to be on those calls. Ever. Those can be difficult calls. Candidates are so disappointed. And yet Mark Wilf wanted to be on every one of those calls to express his sincere appreciation and gratitude to each finalist candidate who wasn’t going to get the offer. That’s incredible. And that tells you all you need to know about the quality of this family ownership. I think the people of Minnesota lucked out to have such a high-quality ownership group like this family.”

Mr. Perna, founder, president and CEO, manages all aspects of Turnkey Search. A top executive in the sports industry since 1985, he began his sports career as a business attorney for Cap Cities ABC/ESPN and also served as a top executive for the Detroit Red Wings/Tigers and the Dallas Stars/Texas Rangers.

Check Out These Related Articles on Recruiting for the Sports Sector: