Stay Connected:
As the Patriots and Rams are set to collide this Sunday in Super Bowl 53, the NFL has turned to Hanold Associates to find its next CHRO. Mr. Hanold recently spoke with Hunt Scanlon Media about the search, the importance of the role within the NFL, and how the CHRO role continues to evolve. It’s a pre-Super Bowl exclusive! 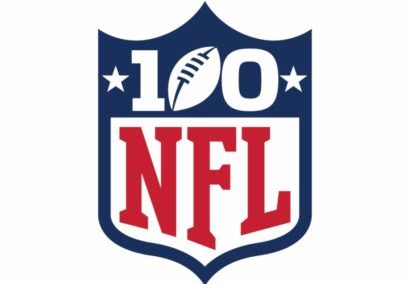 January 31, 2019 – With the New England Patriots and the Los Angeles Rams just days away from clashing Sunday in Super Bowl LIII, Chicago-based Hanold Associates has kicked off its search for the National Football League’s next chief human resources officer (CHRO).

The front-office opening is a vital one for an organization that is among the top professional sports leagues in the world. It comes at a time in which the NFL faces challenges on virtually every front and demands smart, tough-minded leadership. Jason Hanold, CEO and co-managing partner of the search firm, is leading the assignment. He is joined by his partners Keri Gavin and Katrina Prospero.

“The NFL is continuing to transform and elevate the caliber of talent at all levels,” Mr. Hanold said. “The league needs a seasoned HR leader who is accustomed to driving tough conversations, and can balance their strategic perspective with an analytical capability and the ability to execute – all this while they continue to build the requisite infrastructure to support a significant transformation. Specific industry experience is less critical than the leadership characteristics required to be credible with and influential to an incredibly accomplished stakeholder group, including the 32 club owners,” he added.

The NFL is America’s most popular sports league. Founded in 1920, the NFL developed the model for the successful modern sports league, including extensive revenue sharing, competitive excellence, strong franchises and national distribution. Headquartered in New York City, it has offices across the globe, including the NFL media office based in Culver City, CA, and the NFL Films office based in Mt. Laurel, NJ, as well as offices in Atlanta, Washington, D.C., Chicago, the U.K., China, Mexico and Canada.

The NFL’s CHRO reports to the league’s chief operating officer, Maryann Turcke, and supports commissioner Roger Goodell. Based in New York City, this executive is responsible for all facets of the people operation and human resources capabilities for the league office.

“He/she will be a critical member of the executive leadership team and is expected to meaningfully contribute to the strategy, competitive advantage, execution and risk management of the company,” said Hanold Associates. “The role requires a strong operator who will help drive a critical transformation, operating with deep empathy, compassion, integrity and objective independence.”

Related: Key Factors in Selecting Your Next CHRO

The right candidate will be expected to bring more than 20 years of operating, financial and people leadership experience in consumer-centric, well-branded organizations, said Hanold Associates. The individual must be a “pragmatic, business-oriented leader and strategic partner who demonstrates high intellect and strong business acumen in consumer-centric organizations.” This person may not be a traditional HR officer, the firm said. “They have financial analytic capabilities and perspectives on the business beyond people,” it noted.

In addition, the incoming CHRO must be financially-savvy. Hanold Associates said that the right candidate will be a “credible business operator with strong financial acumen who is a trusted consultant and functional expert to senior leadership and the club owners. They must be an influential advisor, bold and courageous, with the ability to constructively challenge.”

Related: A CHRO View on Building Great Teams, From Inside and Out

The CHRO role is important to not just the NFL but all organizations. “A distinctive chief HR officer sets the tone, tempo and behaviors that define the culture, and then the strategies, methodologies and practices to attract, retain and develop the organization’s talent,” Mr. Hanold said. “This, in turn, either elevates or erodes the company’s results, community, brand and profitability. Besides the CEO, no other C-suite position has more opportunity and potential to broadly impact the entire organization.”

The CHRO role has evolved tremendously in recent years, which has caused companies to seek new qualities in their incoming HR leaders. “The expectations continue to heighten as boards and CEOs become more sophisticated in their appreciation and understanding of what ‘great HR’ looks like and can accomplish,” said Mr. Hanold. “Today’s contemporary HR officer must possess ever deeper business acumen, and credibly voice substantial perspectives on the business beyond just people practices.”

Unfortunately, he said, too many CEOs report that they simply want one who is ‘proactive’ in their approach. “That is a pretty basic operational characteristic – it’s fundamental – and some still occupy that top role yet do not drive and own their results.”

Korn Ferry Recruits New Head Coach for Tampa Bay Buccaneers
With the NFL regular season over and the Super Bowl coming this Sunday, a flurry of coaching and general manager activity has been underway. And Hunt Scanlon Media has been tracking it all. Korn Ferry recently assisted in placing Bruce Arians as the 12th head coach for the Tampa Bay Buccaneers.

More companies these days see the CHRO as a potential successor C-suite executive role, including to that of the CEO, said Mr. Hanold. “More are being recruited to public company boards,” he said. “It’s more common to recruit CHROs who have had rotation into other areas of the business, and then coming back into HR. Fundamentally, we hear less about ‘new’ traits, and more about the lack of effective execution or a credible voice among other executive committee leaders. So the demand heightens for stronger leadership traits over different experiences.”

Related: An Up-Close Look at the Transformational Role of the CHRO