Stay Connected:
Kevin Warren, chief operating officer for the NFL’s Minnesota Vikings, will join the conference in September and transition alongside outgoing commissioner Jim Delany. We’ve got the backstory here. 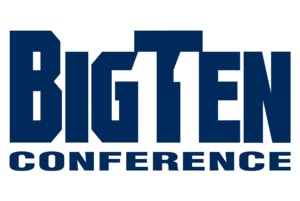 June 6, 2019 – Korn Ferry has placed Kevin Warren, chief operating officer of professional football’s Minnesota Vikings, as commissioner of the Big Ten Conference. He will start on Sept. 16 to take advantage of an opportunity to transition as the new season begins alongside commissioner Jim Delany, who will officially step down on Jan. 1 following a 30-year career with the conference. The search was led by Jed Hughes, Korn Ferry’s vice chairman and global sports sector leader. Mr. Warren is the 1st African-American commissioner of a Power 5 conference.

“Kevin is a visionary leader, an experienced, successful and highly respected executive, and a skilled communicator who is uniquely positioned to continue the traditions of excellence that have become synonymous with the Big Ten Conference,” said Michael A. McRobbie, president of Indiana University and chair of the executive search committee. “Over a remarkable and pioneering career, he has developed a reputation among his peers and colleagues as an individual of enormous character, integrity, knowledge and passion, who has dedicated the majority of his professional career to the empowerment of young people and the positive impact athletics can have on improving lives and our society.”

“After an extensive national search that brought forth a wonderful group of highly qualified candidates, we were thrilled to recruit Kevin Warren to be our next commissioner,” said Michael V. Drake, president of Ohio State University and a member of the executive search committee. “We were all impressed with Kevin’s broad experience, his extraordinary level of commitment and his vision for our collective future.”

“My colleagues and I all look forward to working closely with him to support and advance the Big Ten. This is an important moment for our conference and for intercollegiate athletics,” he said. “Kevin is the right person at the right time to lead us forward.”

Mr. Warren has been with the Vikings since 2005. He is the highest-ranking African-American executive working on the business side for a team in the NFL and is the first African-American chief operating officer in the league’s history. His extensive experience in all facets of the Vikings organization provided a solid foundation for him to lead the business operations. Since being promoted to COO, Mr. Warren played a critical role in all business, financial, legal and operational aspects related to U.S. Bank Stadium and was involved in the design, construction, business, legal and operational components of the new stadium. He also played a key role in the design, development and planning of Twin Cities Orthopedics Performance Center, the Vikings headquarters in Eagan, MN, in addition to the ancillary real estate development of Viking Lakes.

Mr. Warren previously worked for the international law firm of Greenberg Traurig from 2003 to 2005, playing a critical leadership role with the Wilf Ownership Group deal team during the acquisition of the Minnesota Vikings. Additionally, he spent two seasons (2001 to 2003) with the Detroit Lions as senior vice president of business operations and general counsel and four seasons (1997 to 2001) with the St. Louis Rams as vice president of football administration, and vice president of player programs and legal counsel. Mr. Warren was an integral part of the Rams organization when they won the Super Bowl over the Tennessee Titans in 2000.

“The opportunity is an incredible and unique blend of my lifelong passion, commitment and experience,” said Mr. Warren. “Positively impacting the lives of young adults has always been part of the fabric of my family and I will work tirelessly with our member schools to ensure that we are providing every possible best in class resource to enhance our students’ educational and athletic experience, as well as empower them for success upon graduation. Jim Delany, our presidents, chancellors, athletic administrators and coaches have created an extremely strong culture and foundation from which to build.”

Mr. Delaney said he was grateful for his long run as commissioner. “It’s been an amazing opportunity to serve and lead these preeminent institutions, presidents, administrators, coaches and students,” he said. “It is incredibly fulfilling to support the hundreds of thousands of young men and women who have been afforded an opportunity to obtain best-in-class educations as a result of the invaluable, one-of-a-kind lessons learned through the unique combination of athletic and classroom competition.”

Founded in 1895, the Big Ten Conference, is considered the oldest Division I sports conference. Based in Rosemont, IL, the conference actually consists of 14 educational institutions. The broad-based programs of the schools provide over $200 million in direct financial support to more than 9,500 students for more than 11,000 participation opportunities on 350 teams in 42 different sports.

Korn Ferry’s sports practice is led by Mr. Hughes, an expert in identifying, assessing, and developing leaders for sports organizations. His relationships within sports and intercollegiate athletics are extensive, having spent 20 years coaching in professional and intercollegiate football and working for five Hall of Fame coaches. Jason Belzer of Forbes has called Mr. Hughes the most valuable connector of the sports industry.

Check Out These Related Articles On Recent Sports Searches: