Menu
View our Events
Stay Connected:
In what is seen as a growing trend, sports teams continue to look outside their respective leagues – and countries – to find executive talent. Chad Biagini of Nolan Partners sits down with Hunt Scanlon Media to discuss transferring sports talent from Europe and Australia to major U.S. sports organizations. 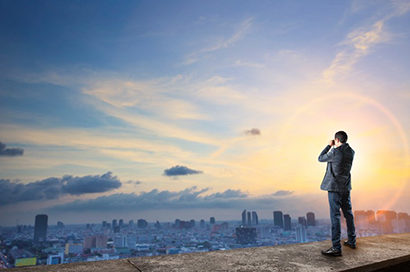 September 26, 2018 – Nolan Partners recently placed former Liverpool CEO Ian Ayre as the first CEO of Nashville MLS. “There’s a lot of other leagues and clubs that would find him incredibly attractive,” Nashville MLS owner John Ingram told the Tennessean. “This is a rather unique opportunity. And I feel very fortunate that this was of interest to him.”

Mr. Ayre joined the Liverpool Football Club in 2007 as commercial director and the club’s board of directors in 2009, before being promoted to managing director in 2011 and chief executive in 2013. He is also the vice-chair of the Liverpool FC Foundation, the club’s official charity. His tenure has been characterized by leading a radical modernization across the club and bringing much-needed stability following the Fenway Sports Group takeover in 2010.

Highlights of Mr. Ayre’s leadership so far include overseeing a complete transformation of the club’s financial, commercial and operational structure; playing a pivotal role in progressing the redevelopment of Anfield stadium and regeneration of the local area; and successfully restoring Liverpool’s reputation as one of the leading clubs in English football.

“I’m so pleased that our new CEO has tremendous global experience,” Mr. Ingram said. “And he has it both in business and, importantly, also in soccer, along with a lifelong passion for the sport and a desire to build something really special and spectacular for our city and MLS. The more time I’ve spent with him, I’ve grown to love him. And I think Nashville will, too.”

When asked what led him to take on this role, Mr. Ayre told Sports Illustrated that he was approached by the search firm that John Ingram had hired to look for the position. “If I look at MLS over the last five years and the growth of the league, the combination of that, the excitement – the chance really, to build a whole team from the ground up it just seems like a great combination,” he said. “A great city, great people, great team, great owners. It all came together quite quickly over two or three months, and I’m really happy to be chosen and keen to get started.”

Mr. Biagini recently sat down with Hunt Scanlon Media to discuss transferring sports talent from Europe and Australia to major U.S. sports organizations. Here are some excerpts from that interview.

It’s an exciting trend, and we feel fortunate to contribute to this evolution of sports executive talent. Sports is a global industry. The talent on the field/ice/pitch/court has been competing for decades. Teams search the ends of the Earth for their top athletes and coaches, and we’re now seeing an equal commitment to excellence when it comes to hiring business executives. Teams and associations should embrace the opportunity to hire the best talent they can and not limit their searches to a smaller geography. Similarly, sports executives should consider exporting their skill-set. Not only is it a great professional opportunity, it’s an incredible personal adventure.

“The North American sports business environment is rich with talent, and domestic businesses should certainly consider the wealth of talent here. However, it can be healthy for businesses to fish outside their normal pond.”

Have you seen the reverse: U.S.-based sports executives going to organizations overseas?

On many occasions. Manchester United, Arsenal, NBA, Swansea, and Manchester City are all examples that quickly come to mind of sports businesses that have employed Americans in senior international roles.

In your placement of former Liverpool CEO Ian Ayre as the new leader of Major League Soccer’s Nashville expansion franchise, what made him stand out as the right fit for this role?

This was a once-in-a-career role: to launch a sports team from the ground up in such a prodigious league. We received significant levels of interest from an impressive candidate pool. Ian has an accomplished background as both a football executive and an entrepreneur. Outside of LFC, he launched and led an agency and opened numerous new markets on behalf of a previous employer. This role needs an entrepreneurial builder who knows best-in-class structure both in business operations and football operations. That’s Ian. Moreover, he’s a terrific person and personality. The city will love him and he will most certainly embrace the culture and personality of Nashville.

Discuss some other searches that your firm has completed in which international candidates were presented.

We conducted multiple CEO searches this last year for sports businesses, and in each case we compared North American talent versus talent abroad. The CEO of USA Triathlon and the president of the San Jose Earthquakes are two other specific examples of searches with global talent pools. It’s even more common when we hire roles in sporting operations: general managers, heads of performance, chief scouts, as examples. But we’re also now seeing this across other functions: We recruited the VP Marketing for an MLB team a few months back. While they hired an American, one of the finalists was in Europe.

What do candidates who are stepping into these new positions with leagues they are unfamiliar with have to offer?

In the case of soccer teams, soccer is relatively young here in North America. We have a fabulous and rapidly growing league led by some of the best talent in all of global sports. But the sport of soccer is still new when compared to the hundreds of years of history in European countries and the U.K. Soccer executives from Europe can bring a different level of knowledge of the sport. The training facility at Manchester City is worth more than many professional stadiums. I’m only speaking of the training facility! That level of resource and investment allows these clubs a deeper layer of operational and product excellence that can be incredibly valuable to a team in the U.S. Darren Eales at Atlanta United is a great example. He’s thrived, and it’s benefitted the entire league. The North American sports business environment is rich with talent, and domestic businesses should certainly consider the wealth of talent here. However, it can be healthy for businesses to fish outside their normal pond. International sports executives understand the revenue streams and products, they are the same here as they are there such as ticketing and partnerships, yet these executives may bring new ideas. It’s important to surround international hires, though, with people who know the local market and landscape.