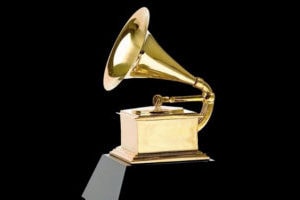 April 17, 2019 – Following an extensive search, Korn Ferry has recruited Deborah Dugan, CEO of the non-profit AIDS organization RED, to succeed Neil Portnow as the Recording Academy’s president and CEO. The board now must approve her compensation package before the appointment becomes official. Reportedly, Ms. Dugan is expected to commence her new role in July.

Ms. Dugan has been New York City-based RED’s CEO since 2011. The organization was founded by rock star and philanthropist Bono and activist Bobby Shriver in 2006. Its mission is to engage the world’s most iconic brands in the fight against AIDS.

Prior to RED, Ms. Dugan was president of Disney Publishing Worldwide, a $2 billion retail division of the Walt Disney Co. She also served as senior advisor to the Tribeca Enterprises Board and is co-chair of The Moth, an award-winning storytelling organization. Previously, she spent eight years as executive vice president at EMI/Capitol Records. She began her career as a mergers and acquisition attorney on Wall Street.

Ms. Dugan has been recognized as one of the “100 Most Powerful Women” in the Forbes “Social Entrepreneurism” issue and Elle’s “Top Women to Help Change the World.” She and RED have also received the “Nelson Mandela’s Change-makers Award” from the leadership group PTTOW! (Plan to Take on the World).

The Santa Monica, CA-based Recording Academy, best known for its music industry Grammy Awards, wanted only candidates who could run the organization “for the next 15 years,” according to Variety. The new leader also had to have the business acumen to run the $60 million operation, which includes producing the annual awards program and growing a membership of 22,000 and overseeing 12 local chapters, said the trade publication.

According to Variety, the Recording Academy’s board of trustees met with and voted upon candidates to succeed Mr. Portnow in March by silent ballot, and few people learned the result until a contract was signed. “The level of secrecy employed in the process is evidenced by the fact that Dugan’s name was not mentioned in any of the many reports speculating about Portnow’s replacement,” said the magazine. Potential successors to the role included Ruby Marchand, vice chair of the academy’s board of trustees, and Darryl Friedman, the academy’s chief industry, government, and member relations officer, said Variety. Songwriter and producer Jimmy Jam was also said to be under consideration.

Saxton Bampfylde Recruits Director for the London Academy of Music & Dramatic Art
U.K.-based Saxton Bampfylde placed Sarah Frankcom as the new director of the London Academy of Music & Dramatic Art. She will officially take up the role in November. Ms. Frankcom is widely regarded as one of the most influential British theater directors of the last decade. She spent the past five years as artistic director of the Royal Exchange Theater in Manchester.

Mr. Portnow, who held the top job at the academy for 17 years, will reportedly stay on to help with the transition. Last May, he announced that he would leave the academy at the expiration of his contract in July of this year. “When I had the honor of being selected to lead this great organization in 2002, I vowed that on my watch, for the first time in our history, we would have a thoughtful, well-planned and collegial transition,” he said at the time. “With a little more than a year remaining on my current contract, I’ve decided that this is an appropriate time to deliver on that promise.”

Mr. Portnow’s statement after the 2018 Grammys that female artists and executives “step up” in order to win greater recognition and the negative reaction to it is widely believed to have hastened his departure.