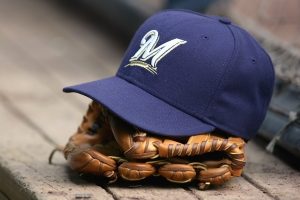 February 28, 2018 – Sports and entertainment recruitment firm Turnkey Search has placed Daniel Fumai as the new chief financial officer of the Milwaukee Brewers. He replaced Bob Quinn who left the organization at the end of last year.

Mr. Fumai joins the organization from ANC Sports Enterprises, where he served as executive vice president of finance and chief operating officer since 2008. Prior to that role, he worked for the San Diego Padres from 2003 to 2008 as VP of finance and controller. He began his career at PricewaterhouseCoopers, working in several key positions from 1992 to 2003.

“We are pleased to bring Daniel on board as the newest member of the Brewers’ senior executive team,” said Rick Schlesinger, COO of the Brewers. “He brings a wealth of experience to our organization and has been an integral member of several top performing companies.”

In his new role, Mr. Fumai will provide direct, hands-on leadership for the financial operation of the Brewers organization and related entities, including the direction of all finance, accounting, reporting and treasury duties. He will also be responsible for direct financial oversight of the Carolina Mudcats, the Brewers’ Class-A minor league affiliate, as well as Performance Clean, a sports venue cleaning company that oversees cleaning of the team’s stadium, Miller Park.

Established in 1996, Turnkey Search has conducted more than 1,000 executive recruiting placements across the entire landscape of the sports & entertainment industry. It has completed executive searches for president of the new NHL expansion team in Las Vegas, CFO of the Atlanta Hawks, CRO of the Anaheim Ducks, CMO of the Cleveland Browns and Oakland Raiders, and it placed athletics directors at Michigan, Minnesota, Georgia Tech, Bowling Green and other Division I universities.

CFOs continue to be in high demand. Finding them is keeping many of the nation’s top recruitment operations busier than ever. In recent months, search firms of all varieties have placed CFOs at various companies. Here’s a look at a few from the Hunt Scanlon Media archives:

Slone Partners placed Roger Moody as CFO of Clinical Genomics. Mr. Moody served as CEO and remains a board director of GlySure Limited, a leading UK-based company specializing in continuous glucose monitoring. Mr. Moody will direct all strategic and tactical financial operations for the biotechnology business.

Mercury Media enlisted WinterWyman Executive Search to help find its next CFO. Senior vice president and partner Ken Martin is spearheading the search. The CFO is expected to direct and oversee all of the financial activities of the company and will serve as a strategic business partner to the chief executive officer in driving operational initiatives and business strategy.

Polachi Inc. placed Stephen Smith as executive vice president and CFO of Inseego Corp. in San Diego. Since 2016, Mr. Smith has worked as a financial consultant for multiple early and mid-stage SaaS, networking and 3D imaging businesses. He has also served as interim CFO of TetraVue Inc.

TRANSEARCH International placed Jarrett Pugh as the CFO of Greenberry Industrial LLC. The search was led by consultants Mike Morrow and John Ryan. Mr. Pugh has held several positions in the Gulf Coast area, where he recently worked as the manager of finance and project accounting in the oil, gas, and chemical division of CDI Corporation.