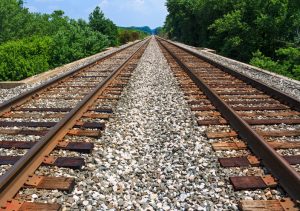 Mr. Schwind is a senior financial leader with 17 years of experience in both public accounting and industry. He has broad-based experience that includes public and private-equity owned companies across diverse industries, including manufacturing, distribution, consumer packaged goods, homebuilding and investment management. Previously, he was chief accounting officer and corporate controller at A.M. Castle & Co. Before that, he served in a similar position at Global Brass and Copper Holdings.

Mr. Rogers has deep finance / accounting management skills and extensive operating experience, including streamlining cost structure, improving working capital management, process improvement and talent management. Prior to joining Roadrunner, he served for four years as CFO for the Heico Companies, LLC, parent company for a diversified portfolio of more than 35 businesses. His career includes 17 years in financial positions with Ryerson Inc., a distributor and value-added processor of industrial metals, most recently as CFO.

“I am excited to announce the addition of Terry Rogers, an experienced and skilled CFO, to our management team at Roadrunner,” said CEO Curt Stoelting. “Adding Terry completes the hiring of our new executive management team. Our strong team is focused on moving the company forward and building long-term shareholder value.”

TillmanCarlson is an executive search and coaching firm led by its founders. Since launching the firm in 2002, Mr. Tillman and Kelly Carlson have conducted upwards of 350 searches and coached hundreds of leaders. The firm is based in Chicago and specializes in recruiting and coaching CEOs, CFOs and CIOs.

Mr. Tillman recently sat down and discussed the nuances of recruiting chief financial officers and controllers with Hunt Scanlon Media editors. An excerpt of that interview follows. 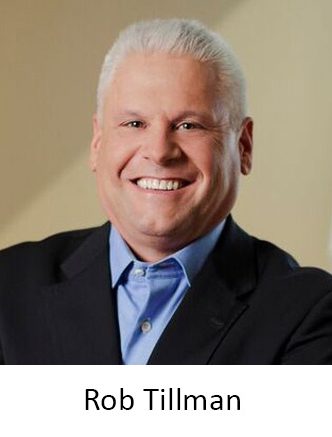 When a public company faces financial challenges, it frequently needs to replace its CFO and controllers at the same time. Roadrunner Transportation Systems recognized the need to evolve the company and bring in new leadership talent, and like many companies started at the top and took the steps to bring in a new CEO who just recently stepped into the role. As the CEO ascended, he anticipated the need to bring in several key leaders and first brought in a seasoned operator and executive who could step up to president as he was formally named CEO.

Why do companies replace both of the executives at once when trying to build out new finance teams?

While many companies like Roadrunner need to concurrently replace their CFOs and controllers, few take on the challenge and fewer more are prepared to take this step. Instead, they move sequentially and seek to manage risk only to slow down the change process. This makes it more difficult for public companies to change and is one of the reasons activists and private equity investors enter in. But Roadrunner was uniquely prepared to take the necessary steps and succeed in building a new financial leadership team for four key reasons: 1) The new CEO was brought in to affect change and he instinctively knew that speed was critically important. 2) The Board fully supported the CEO and was prepared to take bold action. 3) The CEO partnered directly with his recruiter. 4) The recruiter placed a premium on building a team that would work well together. This is all pretty basic stuff, but few companies get it right. Roadrunner was different and TillmanCarlson played a key role as a partner with the CEO and new president.

“While most companies facing significant financial challenges eventually get around to replacing the CFO and controller, the opportunity to move quickly and build a team of leaders who enter the company at the same time with the same mandate if frequently missed.”

As a recruiter, what were the keys / obstacles to filling both of the roles?

The big gamble was in doing the CFO and controller searches concurrently. At the same time the succession was playing out. The big payoff is yet to be seen but the early results are promising and the company saved months of time in driving change by assembling a team quickly. The key in recruiting a CFO and controller concurrently is understanding the skills, backgrounds and styles that will fit together. The controller had to be a strong technical accountant with previous experience in a challenging public company controllership role, but he also needed to be flexible and possess a personality to fit with other members of the team. The CFO then needed to be a strong leader with deep experience in investor relations and the capital markets, and importantly demonstrate the maturity and temperament to be calm under pressure. While most companies facing significant financial challenges eventually get around to replacing the CFO and controller, the opportunity to move quickly and build a team of leaders who enter the company at the same time with the same mandate if frequently missed. Roadrunner and it’s CEO were uniquely aware of this opportunity, and the strength of the partnership with TillmanCarlson allowed them to significantly shorten the cycle time and maximize the opportunity.

Explain your relationship with Roadrunner.

The team of leaders first retained TillmanCarlson to bring in an experienced CIO to assess their current technology environment and take the necessary steps to develop the roadmap and foundation to integrate and transform the company. Importantly, the style and personality of the new CIO was also critically important and this set the stage for the next phase of our partnership.