Stay Connected:
As media conglomerate struggles to turn a profit and transitions from print to broadcast, it seeks a leader who can continue its transformation efforts. 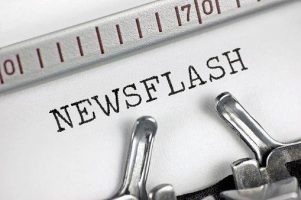 February 1, 2017 – Peter Liguori has announced he will be stepping down as chief executive officer of Tribune Media Co. as the company refocuses on TV broadcasting and searches for deals in a looser regulatory environment under President Donald Trump. The company has turned to Korn Ferry to find its next leader.

The board of directors has chosen one of the company’s current directors, Peter M. Kern, to serve as the interim chief executive officer during the search process. Mr. Kern has more than 25 years of experience as an executive, investor and M&A advisor in the media industry.

“Following the successful completion of several financial, strategic and creative initiatives, culminating in the pending sale of Gracenote, Tribune Media is well advanced in its transformation to a more focused broadcast and cable networks company,” said Mr. Liguori. “I believe that now is the ideal time for a new leader to steer today’s Tribune. As curious and excited as I am about pursuing new opportunities, I am equally grateful for the achievements, commitment and integrity of this company’s management team and its dedicated employees.”

During the last four years, Mr. Liguori led the restructuring and transformation of Tribune Media. In 2013, the company acquired Local TV for $2.7 billion, which added 19 local television stations, bringing the total Tribune Media local television station portfolio to 42. In 2014, the company spun off its newspaper publishing division to its shareholders. During this period, Mr. Liguori led the company’s strategic investments in WGN America and grew its brand and distribution to nearly 80 million households.

Early last year, Tribune Media announced a process to review its strategic and financial alternatives, resulting in the sale of certain real estate assets for more than $500 million and the pending sale of the company’s Gracenote metadata business to Nielsen for approximately $560 million.

Bruce Karsh, chairman of Tribune Media’s board of directors, said: “We greatly appreciate Peter’s leadership in the transformation of Tribune Media over the last four years, including the efforts to monetize non-core assets and simplify the company. It became clear to Peter and the board that in this last year of his contract it was time to find a new CEO to run the more broadcast-centric company.”

But the company has recently struggled to turn a profit; it recorded net losses on the bottom line in two of its last four quarters, in addition to its most recently reported fiscal year. Its stock price has declined by over nine percent over the past year as a result.

Will Tribune Turn to an Outsider?

However, the majority of companies have continued to promote insiders to the CEO position and the study authors think this will remain the preferred succession planning practice (77 percent insiders vs. 23 percent outsiders in 2015). But outsider CEOs have caught up and closed a performance gap that the study previously found between outsider and insider CEOs, possibly strengthening the case for considering a new leader from outside the company.

An explosive new recruiting mandate has been emerging for executive search consultants keen on offering innovative expertise to their clients: finding leaders who can inspire and direct companies in the digital age. It is the latest directive to be placed in the lap of executive recruiters by companies eager to stay ahead of their rivals and, more importantly, to stay ahead of the rivals they can’t yet see. Of course, the convergence of the static world with one that is online – which digital leaders oversee with increasingly sophisticated strategies and state-of-the-art technologies – is nothing new ….. Here’s some further reading from Hunt Scanlon Media.

Finding Leaders to Inspire and Direct In the Digital Age
As Tribune Co. sets out to find its next CEO, recruiters say the best place to search for a new leader might be among the ranks of chief digital officers. Managing a digital transformation and being able to cross the digital divide is what every media and broadcast company seeks to get its arms around today.

“Hiring an executive from outside a company to serve as chief executive officer used to be seen as a last resort. That is not the case anymore with the disruptive market-related changes that companies are facing today,” said Per-Ola Karlsson, partner and leader of Strategy&’s organization and leadership practice for PwC Middle East.

Whether Tribune Co. has the proper internal bench strength at this stage as it transitions from one business to another remains to be seen. Recruiters not involved in the search for the media company’s next chief say that a young executive steeped in digital transformation would likely make the best choice for an incoming leader.