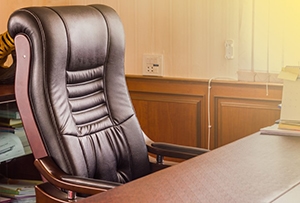 January 9, 2019 – Tracy R. Wolstencroft has stepped down from his role as chairman of the board of directors of Chicago-headquartered executive search, leadership consulting and culture shaping services provider Heidrick & Struggles.

Increased commitments from his new position as president and CEO of the National Geographic Society prompted the decision. He will continue to serve as a member of the board. The board intends to appoint one of its current directors to serve as chairman in advance of the Heidrick annual meeting of shareholders in May. Lyle Logan will continue to serve in his capacity as lead independent director.

Previously, Mr. Wolstencroft was a longstanding partner at Goldman Sachs and served on its firm-wide partnership committee. Over the course of his 25-year career, he led a wide array of Goldman’s investment banking businesses and advised a diverse range of corporate and government clients across the U.S., Asia and Latin America. During his tenure, he spent four years living in Asia where he focused on China, Japan and Singapore. Upon retiring from Goldman, and given his commitment to environmental sustainability, he continued advising the firm and serving as chair of Goldman’s global clean technology practice.

Heidrick & Struggles’ shareholders may have felt that Mr. Wolstencroft’s new position would take up too much of his time to fulfill his chairman duties, according to industry insiders.

Mr. Wolstencroft’s “decades of experience as a global business leader will greatly benefit the Society as it strives to achieve its strategic aims while expanding its footprint in key markets around the world,” said the National Geographic Society.

Mr. Wolstencroft has served as the Society’s board of trustees vice chairman as well as chair of its finance committee, providing seasoned stewardship of the organization’s financial assets and demonstrating his deep understanding of its mission. He joined the board in 2008 after having served on the Society’s International Council of Advisors since 2004.