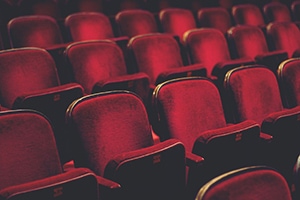 January 9, 2019 – Boston-headquartered executive search firm Arts Consulting Group has been enlisted to find the next executive director for the National Theatre in Washington, D.C.

Vice president Jenna Deja is spearheading the assignment for the search firm.

Sarah Bartlo-Chaplin, who has held the role since 2015, announced last year that she would be accepting a position as president and CEO of the State Theatre New Jersey. The executive director serves as the National Theatre Corp.’s chief operating officer with a core focus on achieving the group’s strategic objectives.

This is a key leadership role not only for the National, as the theatre is commonly known, but also in the cultural life of the nation’s Capital, said Arts Consulting Group. The executive director serves as the public face of the National and reports directly to the board of directors. The individual tends to the overall financial well-being of the organization, with special attention to fundraising initiatives and National Theatre Corp.’s relationship with the National Theatre Group, the affiliate of JAM Theatricals that is responsible for the “Broadway at the National” season each year.

The executive director is responsible for the vision, strategy and leadership of the organization as well as fundraising and financial support; human, financial and technological management; partnership management with the National Theatre Group; educational programming, community engagement and archives; board development and governance; and marketing and audience development.

The executive director will be expected to be a results-oriented, energetic, resourceful and inspiring leader with the ability to set, pursue and reach goals in a timely manner, said Arts Consulting Group. The executive director must excel in entrepreneurial and creative thinking, with the ability to see the big picture. Adept at multi-tasking, the individual must be willing to adapt to changing circumstances. The successful candidate will be a people-oriented leader who inspires excellence in colleagues, provides vision to the team and mobilizes others to fulfill organizational goals and objectives.

The selected individual will be resourceful and receptive, bringing energy, optimism, and a positive outlook, said the search firm. The executive director will be passionate about the arts, particularly Broadway offerings, and the historical archives of what is considered national treasure. The executive director should also have impeccable character and integrity, a deep commitment to diversity and inclusion and strong self-awareness.

Qualified applicants must have a bachelor’s degree (master’s degree preferred), plus a minimum of five to seven years of related senior management experience in non-profit arts administration, historical archives or a related field, said Arts Consulting Group. A successful track record in fundraising and leadership best practices is expected. Requirements include strong written and oral presentation skills and high-level financial management acumen. The successful candidate will have a passion for the performing arts and arts education as well as enthusiasm for the National’s distinct and historic role in the cultural life of the Washington, D.C. region and the nation.

Since its opening in 1835, the National Theatre has premiered landmark American musicals, including West Side Story in 1957; hosted presidential inaugural balls; and played a significant role in important national events, including the struggle for civil rights. The National has two performance venues — the main theater, with a capacity of about 1,700, and the Helen Hayes Gallery, an intimate 125-seat performance space ideal for educational programming and smaller performances. The National also has an extensive collection of archival materials, including playbills, photographs, articles and posters.

Ms. Deja, who serves as interim management practice leader, joined Arts Consulting Group in 2015 as part of the firm’s leadership transition team. She has guided various executive search initiatives for clients throughout North America. Ms. Deja has more than 17 years of experience in executive search, cultural organization leadership, programming, strategic planning and marketing. Previously, she spent 12 years at Chicago’s comedy theater the Second City, most recently as managing producer. During her tenure, she increased touring production revenues, oversaw a $4 million facility renovation and revitalized ticket sales strategies. She has also worked as general manager at the Arden Theatre Company in Philadelphia.