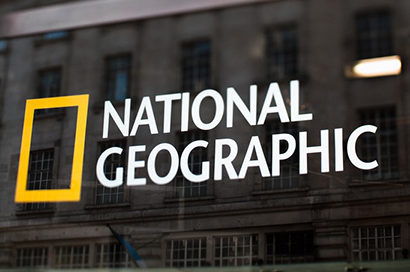 “During our intensive, months-long search process, we considered many highly qualified candidates,” she said. “Tracy’s distinguished international career in finance and executive search will add extraordinary value as we accelerate innovation and generate lasting solutions. We can’t think of a better leader to implement our vision for the future.”

Mr. Wolstencroft’s “decades of experience as a global business leader will greatly benefit the society as it strives to achieve its strategic aims while expanding its footprint in key markets around the world,” said the National Geographic Society.

Previously, Mr. Wolstencroft was a longstanding partner at Goldman Sachs and served on its firm-wide partnership committee. Over the course of his 25-year career, he led a wide array of Goldman’s investment banking businesses and advised a diverse range of corporate and government clients across the U.S., Asia and Latin America. During his tenure, he spent four years living in Asia where he focused on China, Japan and Singapore. Upon retiring from Goldman, and given his deep commitment to environmental sustainability, he continued advising the firm and serving as chair of Goldman’s global clean technology practice.

Throughout his career, Mr. Wolstencroft has contributed to global non-profit organizations with highly respected brands, missions that drive impact and commitments to creating and broadly sharing content that inspires intellectual curiosity about our world. In addition to his contributions to the Society’s board of trustees, he is co-chair of the International Rescue Committee, a trustee of the Brookings Institution and a member of the Council on Foreign Relations.

Mr. Wolstencroft has served as the Society’s board of trustees vice chairman as well as chair of its finance committee, providing seasoned stewardship of the organization’s financial assets and demonstrating his deep understanding of its mission. He joined the board in 2008 after having served on the Society’s International Council of Advisors since 2004.

Mr. Wolstencroft steps into his role at the National Geographic as the organization seeks to address some of the greatest challenges facing the planet. With 7.6 billion people placing unprecedented stresses on the world’s species and ecosystems, some estimates say current resource demands are already 1.5 times what the planet can provide. To confront this reality, the organization said it is committed to drawing on its legacy of — and continued investments in — strong science, exploration, education and storytelling. Concurrently, it will leverage its brand recognition and the extensive reach of NGP, its global media arm, across digital, print and broadcast platforms.

“The National Geographic Society has an unparalleled capacity to illuminate and educate people about the wonders of the world — and to inspire action at scale to protect it,” said Mr. Wolstencroft. “And thanks to our strategic relationship with National Geographic Partners, we’re uniquely positioned to reach global audiences through NGP’s powerful media platforms. It’s a unique privilege to join this amazing community of explorers, scientists, photographers, educators, storytellers and staff to help make measurable progress toward our ultimate vision: a planet in balance.”

Non-profit organizations occupy an increasingly central role in society, making the need for excellent and visionary boards and executive teams more important than ever. And it is a common career turn for seasoned executives. Russell Reynolds Associates says that public sector leaders face the challenge of becoming more effective and creative in the face of the growing demand and pressure on public funds.

“Facing heightened resource constraints and greater focus on results and impact, non-profit organizations increasingly look for diverse leaders from all over the world with the required passion and skills for meeting the growing demand of the nonprofit sector,” the firm said.