Menu
View our Events
Stay Connected:
Non-profit organizations say they are working to increase their diversity, but unconscious bias may still be slipping into the hiring process, says a new report by Koya Leadership Partners. The firm’s founding partner, Molly Brennan, provides some tips for avoiding such mistakes. 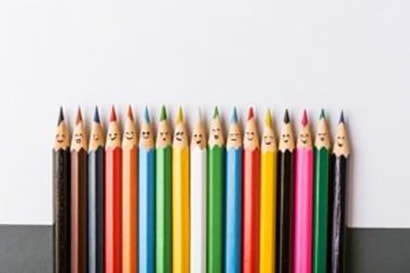 October 30, 2019 – The benefits of diversity and inclusion for non-profit organizations are well-documented and include greater success in almost every possible metric. “Often, however, non-profit leaders and managers tend to ignore a key barrier to more meaningful workplace diversity: unconscious bias,” said Molly Brennan, founding partner of Koya Leadership Partners, in the new report.

Research shows that bias — prejudice in favor of or against a thing, person or group — is human nature. It influences all kinds of decisions, and most of us are unaware when it’s a factor in those decisions. “Unconscious bias” refers to judgments and decisions that are deeply affected by our subconscious mind — decisions that can play a significant role in recruiting and hiring.

“Indeed, even as a growing number of non-profit organizations say they are working to increase the diversity of their staffs,” said Ms. Brennan, “unconscious bias may be negatively impacting non-profit workplaces by undermining efforts to recruit and retain diverse employee, contributing to poor hiring decisions and salary inequities, and denying equal opportunities in the workplace for women and people of color.”

“That’s why it is important for your organization to recognize and mitigate unconscious bias in its recruiting and hiring processes,” she said. To prevent such missteps, Ms. Brennan offered a few tips:

Educate your team. “Provide your HR team with articles, case studies and trainings related to unconscious bias,” Ms. Brennan said. “Be sure your team knows what it is, how to recognize it and how to avoid it. 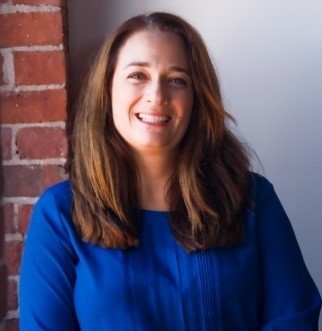 Molly Brennan joined Koya in its early years and has worked in close partnership with founder and CEO Katie Bouton to grow the firm over the last decade. In addition to leading senior-level searches, she also oversees search operations, marketing, and communications at Koya. Ms. Brennan has partnered with boards of directors and senior leaders to identify and place exceptional leaders for a range of clients, including Amnesty International USA, Habitat for Humanity, Sierra Club, Slow Food USA, and Natural Resources Defense Council.

Develop consistent, structured hiring processes. “Before your organization launches its next job search, develop a list of core competencies for the job, including skills and experience, and then evaluate every candidate for the job against that list,” said Ms. Brennan. “Be sure, as well, to ask each candidate for the job the same questions to ensure that your evaluations of various candidates are impartial. To ensure that all prospects for a job are assessed against the same criteria, it’s also a good idea to have the same person interview all candidates for a job.”

Consider using “blind” techniques. Blinded, or redacted, candidate materials can be effective in reducing bias in that they eliminate the possibility of making snap judgments based on details (such as name, address, alma mater) that may have nothing to do with whether a candidate is a good fit for a position.

“When such details are masked in resumes and CVs, interviewers are more likely to make decisions based on core competencies rather than personal factors,” Ms. Brennan said. “Similarly, when asking candidates to submit samples of their work, be sure to remove identifying characteristics from the documents to ensure that prospects are assessed and evaluated against a consistent set of criteria.”

Expand your network. Employee referrals are often a useful tool in identifying qualified candidates. “But because employees tend to refer people who are like themselves in terms of race, education, and background, such referrals can work against an organization’s diversity goals,” Ms. Brennan said. “To expand your candidate pipeline — and build a more diverse workforce — task your HR team to go beyond the usual referral sources and proactively reach out to a range of organizations and sources.”

Elevate your job descriptions. Job descriptions often end up being aligned with certain biases (unconscious or otherwise). “Certain requirements (such as an advanced degree) will limit the candidate pool to a homogenous group of people with the same kind of experience and will make it almost impossible for you to consider a diverse range of candidates,” said Ms. Brennan. “Pay attention to the language you use in your descriptions: certain words can intimidate or be off-putting to some prospects and may discourage them from applying.”

“You might want to consider eliminating, for example, gender-specific pronouns from your job descriptions,” she said. “This can help eliminate gender bias in your recruiting processes and signal that your organization is committed to diversity and inclusion in a real and serious way.”

Recognize and avoid the “halo and horn effect.” This occurs when someone associates certain factors (such as working for a prestigious company) with particular traits (the candidate must be smart and capable). If someone on your hiring team “prefers” a candidate because he or she worked for a specific company, went to a particular school or roots for the same sports team, it can create a “halo effect” around that candidate that puts him/her in an advantageous position with respect to other candidates.

“Conversely, a single negative association can create a horn effect resulting in a negative perception of that candidate,” said Ms. Brennan. “It’s important your team looks beyond a single trait or factor and takes a more holistic view when considering candidate qualifications, factoring in a variety of data to determine which candidate is right for the job.”

Be aware of affirmation bias. “We tend to seek out commonalities when meeting someone new — did we attend the same school? Do we live in the same neighborhood?” said Ms. Brennan. “During the recruiting and hiring process, we’re more inclined to favor candidates who are like us and share our interests and/or beliefs.”

“Conversely, we may not feel as strong a connection to someone who has a different background and may view them less favorably as a job candidate,” she said. “If you want to increase the diversity of your staff, move away from considering only people like us and try to build teams comprised of people with different experiences, perspectives and backgrounds.”

Ideally, the decision to hire a candidate should be based solely on whether you think the individual will excel in the job. “Unfortunately, unconscious bias often gets in the way of our conscious desire to make purely competency-based hiring decisions,” Ms. Brennan said. “The best way to combat this tendency is to recognize it and put in place hiring practices designed to promote equity, consistency and fairness at every step of the process.”