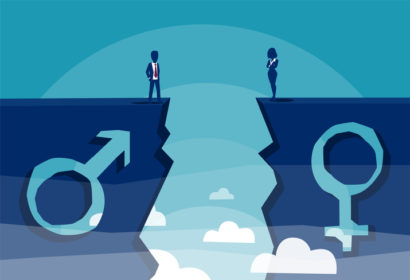 October 16, 2019 – Much has been written about gender diversity in the boardrooms of the world’s largest companies. But all of the focus on boards tends to detract from a much bigger issue – the troubling state of gender balance in top leadership teams. Board diversity is celebrated in annual reports and, for many companies, achieving a 40 percent female ratio on a main board is now viewed as a “healthy balance.”

“This nine percent figure is especially staggering when you consider that almost 60 percent of CHROs in the Fortune 100 are female,” said Rachel Davis, deputy CEO of Armstrong Craven. “Given that gender diversity has been such a hot topic for the last 15 years at least, this ‘progress’ is excruciatingly slow.”

In the U.K. it is a similar picture in the FTSE 100. While 55 percent of CHROs are female, only 10 percent of commercial leadership roles are held by women.

“There are of course a number of well-documented factors that have led to the high proportion of female CHROs on leadership teams, the largest being the simple matter of access to talent,” Ms. Davis said. “HR has traditionally been viewed as a female-dominated profession, so over time perhaps it is only natural that a high number of females rise to hold HR leadership roles.”

“But now that it is commonplace, particularly amongst top global businesses, for HR to hold a seat at the top table, should it be possible for this position of influence to do much more to accelerate the promotion of women into business-leading roles?” she asked.

What about female representation within the Fortune’s big names?

The Armstrong Craven analysis looks at the very top of the Fortune list, which paints a bleak picture. 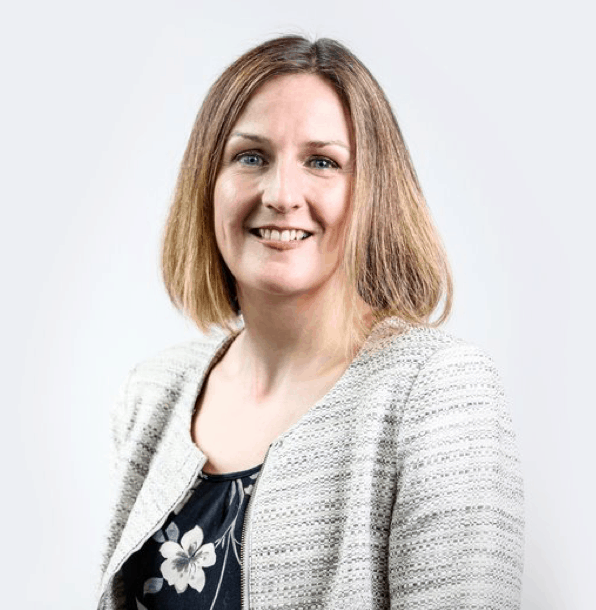 Rachel Davis was part of the team involved in the management buyout of Armstrong Craven in 2013 and currently sits on the organization’s main board, responsible for business development and driving the sales performance of the business globally. She advises top companies on all aspects of talent management and helps them meet their strategic workforce requirements. She has a particular focus on diversity & inclusion and organizational design and has built close relationships with multiple Fortune 50 and FTSE 100 organizations.

In fact, this group of six companies have just 10 females overall out of a combined leadership population of 60. It is hardly surprising then that female roles models are still in such short supply.

No. 33 on the list, U.S. health insurer Anthem Health, also deserves a mention. It is the only company in both the Fortune 100 and FTSE 100 to have a leadership team with a female majority. Perhaps helped by being one of only 15 companies on either list to have a female CEO, even this majority is only slight, at 57 percent or four out of seven roles. The next highest ratio can be found at No. 18, with JPMorgan Chase having a 50 percent representation of females on the leadership team, two of whom hold business unit CEO roles.

Are businesses taking the easy route to female representation?

“Again, we can attribute these healthier stats to a greater availability of talent,” said Ms. Davis. “We know, for example, that the number of female law graduates has been increasing year on year in the U.S. and in 2017 stood just higher than their male counterparts at 50.3 percent.”

“But perhaps there is something more significant going on here,” she said. “Are businesses falling into the trap of taking the easier route to leadership diversity by focusing on promoting women to these functional roles where the choice of talent is greater?”

There is another divide emerging when the top and bottom halves of the Fortune 100 are analysed further. The percentage of female representation across the total leadership population remains fairly static (25 percent among the top 50 companies and 23 percent in the bottom half), but the table below reveals striking differences in the representation among individual roles – particularly the CFO and CIO positions.

“It is hard to say what is causing this shift, but if the pattern is repeated even further down the Fortune list, the situation may well be even bleaker,” said Ms. Davis. “But why is the poor representation of females in commercial roles such an important issue? Simply put, it’s because the main route to CEO is still from commercial positions.”

Route to CEO remains a key issue, but what should businesses do?

Analysis by Korn Ferry showed that only 13 percent of Forbes 2000 CEOs were former CFOs and the overwhelmingly preferred succession route for CEOs is through operational and commercial roles.

Moving Up in the Boardroom — Lessons From Female Board Chairs
At the end of 2018, only 30 female chairs were listed among the Fortune 500 and the FTSE 100 combined, though the overall shares of board seats held by women were 22.5 percent and 29 percent, respectively.

“This does not bode well if we are to see a material improvement in the number of female CEOs at the helms of the world’s most influential businesses,” Ms. Davis said. “Addressing gender imbalance as we know is not a quick fix. There are a number of important factors that businesses must consider before lasting progress can be made.

Armstrong Craven said it is important to be careful that that behaviors in the most senior leadership teams aren’t creating cultural issues that will cascade through the business. “Working with our global clients to help them build external pipelines of female leadership talent, we all too often hear things that reinforce the negative aspects of a company’s culture,” said Ms. Davis.

A major global bank who was seeking to address the gender imbalance in its digital function, for example, gave the firm an initial brief to seek female IT leaders “with extra resilience” as “this leadership team is so male-dominated, and at times has a very confrontational environment.”

“The priority here should of course be to address those confrontational behaviors at the top, rather than trying to find female candidates to plug straight in, who will only reinforce that culture and add to attraction and retention issues down the line,” said Ms. Davis.

Ticking diversity boxes and taking the easy route to fulfil leadership diversity “quotas” is not the long-term solution.

“Ensure that enough attention is being given to succession planning in those critical business roles outside of those corporate functions where there may well be a greater supply of female talent,” said Ms. Davis. “Consider rotating talent to give them broad exposure and new leadership opportunities on their route through the organization.”

Maximize the power of the female role model.

If your general counsel, CFO or CHRO is female, what role can they play in providing cross-functional support and exposure to the rest of the business outside of their own functions, asks Armstrong Craven. Can they mentor identified high potential female talent in commercial roles?

Ms. Davis said that these functional roles are critical to any business and can provide an incredibly valuable insight into the wider corporate landscape of an organization.

“If you are relying on external search firms to provide diverse candidate slates as the solution, this runs the risk bringing tokenism to diversity, which in turn only exacerbates the cultural challenges mentioned above, bringing a negative connotation to diversity & inclusion,” said Ms. Davis. “Consider adopting an integrated succession planning process that encompasses internal and external diverse talent, ensuring you move away from reactive hiring at point of need.”

“Looking at each of the above is clearly not a quick fix for any organization, but the urgency with which businesses need to address these points has never been greater,” Ms. Davis said. “Otherwise, our Gen Z and even Gen Alpha counterparts and replacements will still be tackling the same problem.”