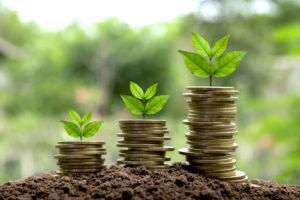 July 7, 2020 – Investors are pouring money into recruiting solutions businesses, especially those with an artificial intelligence component. Just recently, The Mom Project, a talent marketplace, closed a $25 million series B funding round, bringing total funding at the Chicago-based company to $36 million.

The Mom Project aims to connect women, including mothers, with employment opportunities. Its platform has amassed more than 275,000 users and more than 2,000 companies, including brands like Apple, Nike, Gap and BP.

“Together we’ve proven that hiring, retaining and supporting moms and caregivers isn’t just a nice thing to do — it’s great for business,” said Allison Robinson, founder and CEO. “We’re in a unique moment in time where companies are embracing flexible work and prioritizing inclusion, and are excited to rapidly accelerate our efforts to unlock the potential of moms in the workplace. Our latest round of funding will help expand our Enterprise product suite, build out our mom community engagement strategy and engage with more small business customers.”

“We’ve proven to our customers that hiring and retaining moms isn’t just a nice thing to do; it’s good business, and we’re empowered by the scale of impact we can achieve with this round of funding,” Ms. Robinson said.

Ms. Robinson founded The Mom Project in 2016. “I saw an enormous opportunity — an economic opportunity to help more women find work that would satisfy them professionally and personally,” Ms. Robinson told Insider. “It’s just the right thing to do and it’s good business.”

Earlier this year, the company announced that tennis star Serena Williams will serve as a strategic advisor. “It doesn’t matter whether you’re a team of one or 100,000; if you’re hiring, are you considering hiring moms?” said Ms. Williams. “Together, we can influence how work gets done and build a better workplace for the future.”