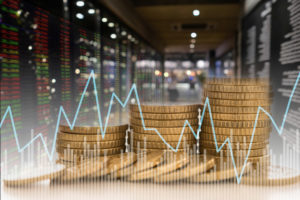 Launched in 2017, Headstart is one of a growing number of start-ups promising to help companies increase their diversity during recruitment drives. This is achieved through combining machine learning with myriad data sources to find the best candidates based on specific objective criteria.

“The machine — the algorithms and models — does this without emotion, fatigue, or overt subjective, conscious or subconscious opinion or feeling. Unlike a human,” Headstart cofounder and chair Nicholas Shekerdemian told VentureBeat in a recent article. “We use this data to determine if any individual has had any obvious social disadvantage and [has] possibly outperformed their social norm group.”

The candidate data is garnered at the point an individual applies for an advertised position online. Headstart’s technology sits behind the “apply” button on its clients’ digital properties, and at this point companies are given the best matches based on data gleaned from the applicant’s CV, psychometric assessments and any other tools that are used through the screening process. “This allows us to evaluate each candidate algorithmically, with a 360-[degree] picture of their suitability, ensuring everyone has a fair experience,” Mr. Shekerdemian said.

Headstart, which is based in London, said it will now look to expand internationally. The company’s client, Accenture, has already signed a deal to use the Headstart platform in other markets around the world.

Talent-matching platform TalentPool has secured an additional £1 million to develop the firm’s advanced candidate-matching and talent pool technology. The bespoke software solutions are designed to help public and private sector employers streamline their recruitment processes. The investment round is for TalentPool’s Alvius, the new software as a service (SaaS) division. It was led by Joe Saumarez Smith, an original investor in TalentPool and a well-known investor in early-stage disruptive technology companies.