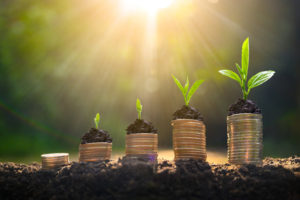 The funding was led by Notion Capital with participation from earlier investors, Emergence Capital and Foundation Capital as well as Cisco Investments and Workday Ventures. Over the past year, Mya Systems gained tremendous momentum, seeing three times customer subscription growth in 2019 alone. Mya now supports over 460 brands, six of the eight largest recruiting firm, and 29 of the Fortune 100. Customers include industry leaders such as Hays, Adecco, L’Oreal, Deloitte and Anheuser Busch.

Mya has helped customers automate the sourcing process with 10 times greater engagement, deeply screen and qualify 90 percent of applicants, and has scheduled over 400,000 interviews with qualified and interested candidates.

As Mya continues to establish itself as the leader in the AI recruiting space globally, this investment from one of Europe’s leading enterprise SaaS investors, Notion Capital, one of the leading HRIS and ATS providers, Workday and technology leader, Cisco, will allow Mya to further expand on its success in the coming years.

“We have seen increased demand from staffing businesses and corporations looking to transform their recruiting process through the use of conversational user experiences,” said Eyal Grayevsky, founder and CEO of Mya Systems. “This funding allows Mya to accelerate its mission to create a far more efficient and equitable job market powered by AI.”

“While hiring is slowing down in some industries given the current crisis, we are seeing large spikes in demand from customers in healthcare, e-commerce, light industrial, call center, logistics, supply chain, and other industries that have urgent, high volume hiring needs,” he said. “Mya is uniquely positioned to support those industries that need to scale recruitment due to COVID-19 and our team is squarely focused on helping our customers meet those shifting market demands.”

“Mya’s mission is incredibly inspiring and impossible to ignore,” said Itxaso del Palacio at Notion Capital. “This blend of interconnectivity and communication is the future of recruiting, and we’re excited to now be a part of building toward that vision. Mya’s AI recruiting platform has shown tremendous early success in Europe, and with the breakthrough technology they are offering, is by far the best positioned company to make a major impact on this market.”