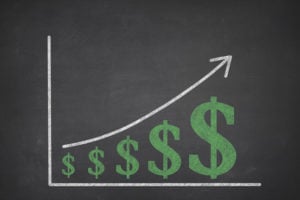 September 25, 2019 – Checkr has announced a $160 million round of funding at a valuation of $2.2 billion. The equity round was led by funds and accounts advised by T. Rowe Price Associates, joined by Bond, Coatue, and long-time investors Accel, Y Combinator and IVP. This round is in addition to the $150 million previously raised.

“We first invested in Checkr because of our belief in the potential of the founders, and the opportunity to disrupt this category with an API-first approach,” said Rich Wong, partner at Accel. “In a short time, Daniel Yanisse and the Checkr team have become a critical player in the changing landscape of work, and at a faster pace than I could have expected. We’re proud to be supporters of Checkr as they continue to expand and further transform the approach to hiring.”

Today, Checkr supports the hiring needs of thousands of businesses, including new customers Elwood Staffing, PrideStaff and One Call. Representing a broad range of industries, these companies join the ranks of Adecco, Uber, Hot Topic and many others who rely on Checkr’s technology to assess and onboard talent more efficiently.

“With consumer’s consent and control of their data, we believe in a better future where companies use data fairly and accurately to expand access to job opportunities for workers from diverse backgrounds,” said Daniel Yanisse, co-founder and CEO of Checkr. “By bringing Checkr into new markets and building new hiring products, we can help more companies and workers around the world adapt to the future economy.”

Checkr will use the capital in three key areas: It will expand the functionality of its platform, which allows businesses to reduce bias in their hiring process while onboarding talent in a safe, compliant manner. The company said it will also focus on improving accuracy and fairness while creating new products to better serve customers. Checkr will further be developing new international capabilities to align with the expansion plans of its customers operating globally.

Since its founding in 2014, Checkr has grown from a background check API to a platform that has processed more than 42 million background checks on job seekers for thousands of employers.