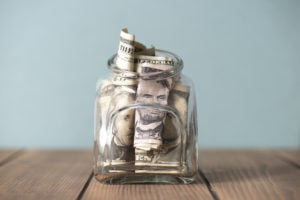 Founded by Zack Smith and Corey Bober, Jobble connects gig workers in the U.S. seeking jobs with companies offering flexible work opportunities. The company has filled jobs in more than 1,600 cities across all 50 states.

“Worksite management is a core area of investment for Vestigo, especially as more Americans forego traditional careers in favor of gigs,” said Michael Nugent, managing director at Vestigo Ventures. “Not only were we extremely impressed by Zack and Corey’s vision, but once we saw evidence of Jobble’s incredible growth, we knew this would be a cornerstone investment for our efforts in worksite management.”

Proceeds from the round will be used to expand Jobble’s development team to enhance the platform’s user experience. In addition, the company will be building out its sales and marketing efforts to significantly expand its national footprint, with the potential to expand internationally.

“Jobble has built a market-leading platform that enables companies to quickly and cost-effectively recruit gig economy workers,” said Alex Scherbakovsky, general partner at AXA Venture Partners. “We are excited to partner with Zack and his team to scale Jobble globally and extend the company’s offerings for gig economy workers to include financial products such as insurance.”

“The gig economy is revolutionizing the way people work, and with this rise in flexible work comes the need for an equally flexible hiring platform,” said Zack Smith, CEO and co-founder at Jobble. “In addition to helping scale our sales and engineering teams, our partnership with Vestigo and AXA Venture Partners provides us with valuable data and the domain expertise of the fintech and insurance space to more rapidly and effectively execute our vision.”

“In addition to helping scale our sales and engineering teams, our partnership with Vestigo and AXA Venture Partners provides us with access to their deep background in the marketplace, including valuable data and extensive knowledge of the fintech and insurance space,” he said.

Hireology, a Chicago-based recruitment management platform, closed $27 million in series D financing led by Blue Cloud Ventures, with full participation from current investors Bain Capital Ventures and Baird Venture Partners, as well as Silicon Valley Bank. The funds will be used to accelerate the company’s growth in new market verticals and to create features that further differentiate its product offering.