Stay Connected:
A lack of succession planning can cost companies dearly, oftentimes leaving them with few options when faced with a transition at the top. Dan Ryan, founder of Ryan Search & Consulting, takes us through how to avoid such a crisis. 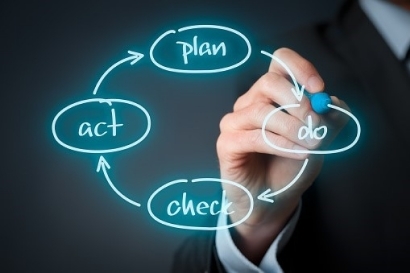 March 1, 2018 – For companies, failure to prepare for the future can be costly at best, disastrous at worst. Yet succession planning remains one of the top challenges facing businesses today.

One recent study, in fact, found that more than half of companies surveyed do not have a strong candidate prepared in the event of a CEO transition. Thirty-one percent had no CEO successors even identified. In the end, that neglect can leave ownership, especially of small and family businesses, with woefully few choices when the top leader steps down, falls severely ill or dies.

“Eisenhower once said that plans are useless, but planning is essential,” said Dan Ryan, founder and principal of Ryan Search & Consulting, in a recent interview with Hunt Scanlon Media. “Succession planning is a process that every organization needs to engage in to ensure that they don’t end up in a dead end that forces the ownership to make a decision with no options other than to sell.” No one, he said, is pleased when there are only limited options remaining at a time of leadership transition.

Mr. Ryan, who launched his Franklin, TN-based search firm in 2010, had already been in business a while when the need for providing succession planning services became apparent. “Our firm became interested in the succession area when we started to receive requests from existing clients regarding their need to assess current leadership capability as they were beginning a leadership transition process,” he said. “Having worked with companies for many years, we already knew the internal leaders and were able to develop a rapport with them that provided a process for helping them know where they had been, where they were and also gain an understanding of where they wanted to go in the future.”

Mr. Ryan was previously a senior consultant for the Human Capital Group and director of human resources for Smith Seckman Reid. He has been an adjunct professor at Vanderbilt University. He is also a professional member of the National Speakers Association and member of the Forbes Coaches Council.

Ryan Search & Consulting’s approach on succession planning varies from client to client, depending on the company’s experience and needs. “Every organization has a different starting point and a different destination,” said Mr. Ryan, “so we need to know as much about each of these in order to help tailor our method of knowing how to best help them with potential solutions.”

The CEO’s Important Role in Succession Planning
At the most basic level, the CEO’s role is straightforward: driving management succession at senior levels, including the early identification of any inside CEO contenders, ensuring that the organization is developing succession-ready executives for all senior roles, and serving in an of-counsel role to the board on ….

Timeframes for management transition are important, but the circumstances vary depending on the client and its situation. “This may sound trite, but there is never a ‘typical scenario,’” said Mr. Ryan. “We do suggest that companies take a look at succession as at least a three-year process, and having a five-year window is even better. Succession is not a process that should be rushed because issues such as strategic direction and culture take time to adjust.”

The firm identifies gaps in management by talking with key leaders as well as those in consideration for future leadership roles. It also has a strong assessment process that provides a common framework for each leader to understand their preferences, skills and abilities. “The assessment is just one piece of many that needs to be considered,” said Mr. Ryan. “One other key area to explore is the mid- and long-term goals of each member of the leadership team. Not every member of the team is interested in being the CEO, so knowing the interests of those being considered, early in the process, helps prevent advancing or investing in leaders who are happy in other roles.”

According to a report by Egon Zehnder, many corporate chairmen are concerned that their companies are underprepared for a change of CEO and are exposed to the risk of a damaging leadership vacuum.

Five Suggestions to Help a CHRO Manage the CEO Succession Process
CEO succession planning has three main leadership components. Most boards of directors embrace their role, accepting that designating the would-be future leader of their company is an ongoing process requiring consistent …

“As companies face tremendous pressure from shareholders, activist investors, new competitors and digital disruption, it is essential to get succession right – and one aspect is planning and ensuring that you have a robust plan in place that looks at internal and external candidates and covers multiple scenarios,” says the search firm. The second aspect is weighing the risks and making an informed decision.

A Challenge for HR

But it isn’t just chief executives themselves that struggle with their own succession dilemma. Seventy four percent HR leaders in one study identified leadership succession as a primary internal challenge they face, according to talent solutions provider Lumesse and research company Loudhouse. The identification of leaders is crucial to mitigate against the loss of critical talent in the future, something that 73 percent of respondents to their study said is the biggest threat to their business over the next 12 months.

“Leadership and succession planning is another area in which HR professionals must look to develop an advantage ahead of competitors,” said Stephan Schmitt, chief marketing officer of Lumesse. “Businesses need to build a long-term strategy for succession planning to ensure that the right people with the right skills are in the right place at the right time to service and develop the business,” he said. “If they fail to do this now, they may quickly lose competitive advantage and be less able to adapt to future market changes.”

“The CEO Succession Planning Survey,” conducted by consulting firm AlixPartners and executive search firm Vardis, reached similar findings. Their report found that more 50 percent of companies lack a strong candidate prepared for a CEO transition. Of all respondents, 31 percent said they had no CEO successors identified, while 20 percent said their firm had just one successor identified.