Menu
Stay Connected:
For women occupying the chairmanship of the boardroom, or who aspire to the position, the challenges are many. In a new report by Heidrick & Struggles, women chairs from around the world share their insights into winning the job, and thriving once they have it. 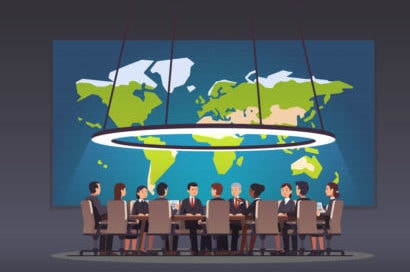 August 8, 2019 – The share of women appointed to public-company boards of directors has risen markedly in recent years, but in the U.S. and Europe, female chairs are still rare. At the end of 2018, only 30 female chairs were listed among the Fortune 500 and the FTSE 100 combined, though the overall shares of board seats held by women were 22.5 percent and 29 percent, respectively.

“Turnover among board chairs at large companies is, of course, slower than the turnover of board seats overall, but that alone doesn’t explain the low number,” says a new report authored by Bonnie Gwin and Victoria Reese of Heidrick & Struggles.

“In our experience, in a non-crisis transition, many nominating committees are reluctant to appoint chairs who have not been CEOs or held similar roles,” the authors said. “Yet given the increasingly powerful evidence that female leadership is correlated with high corporate performance—as well as the increase in pressure for diversity from the full range of stakeholders (including investors, regulators, and the public)—companies need to diversify at the chair level. We interviewed a number of female board chairs from around the world to gain their insights on landing—and succeeding in—the role of chair.”

Getting the Top Spot

Overcoming cultural norms came up in Heidrick’s conversations with several chairs when discussing the path to the chair position. Becoming chair, the women said, requires a degree of self-assertion that historically women on boards may have been reluctant to exhibit. This reluctance likely stems from the deep-seated (and at times conflicting) expectations of how women in positions of power should behave and how much their views should matter. “How, as a woman, do you voice a strong opinion or insist on a point without being thought shrill?” asked Cressida Hogg, chair of U.K.-based Landsec, a property-management company.

Bonnie Gwin is vice chairman and co-managing partner of Heidrick’s global CEO & board practice. She is a widely regarded expert on leadership effectiveness, diversity and corporate social responsibility at the CEO and board level. Ms. Gwin shares CEO and board insights on such important topics as top leadership effectiveness, board diversity and women in leadership as an ‘influencer’ on LinkedIn.

Taking the reins also requires the self-confidence to overcome any lingering “impostor syndrome” that keeps some women from fully appreciating their own qualifications. “You have to step through the self-doubt,” said Ms. Hogg, “and take on any leadership role on the board you can.” Men typically have fewer qualms about their abilities, and any hesitation on the part of a female board leader may prove decisive in how she is perceived.

Having role models can help. Ms. Hogg credited influences like Sarah Hogg (no relation), who in 2002 became the first woman to chair an FTSE 100 company board. Another chair found a source of inspiration in a female colleague on the board. In the past decade, research into the influence of sponsorship has also highlighted the powerful effect of individual relationships in ensuring both that women and other minorities have access to opportunities for career advancement and that they have the best chance to succeed in those opportunities.

In addition to role models, lengthy experience of course builds confidence. Jane Shaw, chairman of Intel Corp. from 2009 through 2012, served as an independent director for 16 years before assuming leadership of the board; during her board tenure she chaired the audit and compensation committees and served on the nominating and governance committees. And Maryellen Herringer, the former chair of ABM Industries, a U.S. facility services provider, said: “Chairing committees is critical because when the need for a new chairman arises, you become one of the candidates.”

“Finally, the process of chair selection is crucial,” the Heidrick & Struggles report said. “To find a female chair and set her up for success, the process must be fair, wide-ranging and rigorous. Even in cases where a woman is the obvious successor or in a clear No. 2 role, several of our interviewees said that any female candidate should insist the board undertake a process that includes consideration of other candidates: not only will this ensure a fair process, but it will also strengthen the female candidate’s leadership position from the onset.”

Phyllis Yale did just that before she became chairman of U.S.-based Kindred Healthcare. “When my name came up during an open discussion of the board, I said, ‘I’m flattered, but the nominating committee needs to take this on, talk to each board member to determine what qualities are going to be required, and consider who would best meet those criteria.’” She made the same request when she was first approached about becoming chairman of Blue Cross Blue Shield of Massachusetts. “In both cases,” she said, “I knew I would have a lot more credibility if I had been subjected to a fair and thorough selection process.”

Chairing a board is not simply a matter of being first among equals: it is a qualitatively different experience requiring distinctive leadership skills, often in the face of daunting challenges. Ms. Hogg, for example, is steering her board during the U.K.’s current breakup with the European Union. Kathleen Cooper began her tenure as chairman of the Williams Companies, a U.S. energy company, after a takeover bid by a rival collapsed, six board members resigned and a hedge fund shareholder attempted to replace the remaining directors. Ms. Yale, as chairman of Kindred Healthcare, helped guide the sale of the company to Humana and two private equity firms. She led not only the board but also the transaction committee, which oversaw an exceptionally complicated process with three buyers, more than a dozen advisors, and 100 people attending due diligence meetings. “It’s an unnatural act for a board to sell the company, because you are essentially firing yourself from an association you enjoy,” she said. “But you have to get people focused on the shareholders.”

Through Heidrick’s interviews, the following are three of the most critical leadership skills that the female chairs have identified as success factors and that are linked to cultural norms that shape their success as a chair:

A chairman must also cultivate closer working relationships with the other board members than she may have had as just another director, including maintaining contact in the months between meetings. Sheila Penrose, the chair of U.S.-based commercial real estate services firm Jones Lang LaSalle, said: “An effective boardroom is all about candor . . . the ability to discuss openly as a group fosters transparency and builds trust.” Ms. Duke also highlighted the importance of a healthy culture. “It is important to foster the culture of a board: staying laser focused on your agenda, communicating individually and collectively, and taking the time to thoughtfully onboard new directors,” she said.

If you’re moving from a director role to the top chair spot, Heidrick has these suggestions:

For boards selecting a chair, it’s crucial, said Heidrick & Struggles, to remember that culture and process are essential to success. Will a new chair have to overcome cultural norms on the board, as many of our interviewees did? Does the board value and select for diverse backgrounds and experience in its members and its chair? Answers to questions like these can significantly affect the chair’s, and the board’s, performance.

In that context, Heidrick & Struggles recommended the following guiding principles for boards selecting a new chair:

“For all chairs of public-company boards, the commitment of time is significant, the work is challenging, and public scrutiny is intense,” the Heidrick & Struggles’ report said. “All public companies, and private ones as well, will benefit from having the best chair possible.”

“Asking the right questions to increase the diversity of the pool they choose from, ensuring the eventual choice has the skills to lead as chair, and using a process that sets that person up for success will help companies thrive through our era of ever-increasing disruption,” the search firm said. “And for chairs themselves, those who build their skills, seek counsel and sponsorship, and gain relevant experience will be putting themselves in the best position to succeed when they are called to lead.”

Here’s Why Counteroffers are On the Rise

Executive Recruiters Get Back to Business