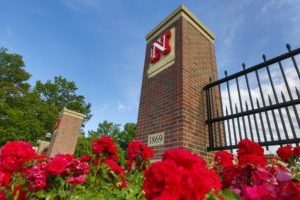 August 12, 2019 – Washington, D.C.-based recruitment firm AGB Search has been enlisted to find the next president for the University of Nebraska in Lincoln. Managing principal Roderick J. McDavis and consultants Sally Mason and Garry W. Owens are leading the assignment.

President Hank Bounds, who has been president for four years, announced in March that he would be stepping down this summer. Susan Fritz, executive vice president, provost and dean of the graduate college, will serve as interim president starting on Thursday. She becomes the first woman to lead the University of Nebraska system.

The board of regents and AGB recently held listening sessions for the University of Nebraska–Lincoln faculty, students, staff, alumni, supporters and the public to provide their input about what they would like to see in the school’s next leader. The regents have also established a presidential search advisory committee, which has said that the new president could receive as much as $800,000 and $1.2 million in total compensation.

The president of the University of Nebraska serves as chief executive officer of the university and provides overall leadership for its multi-campus system, said AGB Search.

Among the “core leadership pillars” for the president, the board of regents wants a proven leader, with the demonstrated ability to lead and manage a large, complex organization, work effectively with the regents, build a strong leadership team and possess a commitment to integrity and ethics, said the search firm. The individual should also be a strategic thinker, with the ability to articulate a vision for the future of the University of Nebraska that can be developed into a strategic plan. The next president must also prioritize higher education, academic and research excellence; be committed to “One Nebraska,” with the ability to develop and implement more collaboration and cooperation among the four campuses.

The next leader must also have political acumen, with the ability to develop and maintain effective working relationships with the state’s governor, members of the legislature and other elected officials across the state. He or she must be capable of fundraising, with the ability to develop and cultivate relationships with potential donors and work with the University of Nebraska Foundation to design major capital campaigns. The individual must also value diversity and inclusion.

Candidates should have an earned terminal degree from an accredited institution and/or significant senior level leadership experience in higher education and/or the private/public sector, said AGB Search. A doctorate is preferred, but not required.

The University of Nebraska wants its next president to be innovative, said the recruitment firm. The individual should be able to motivate others as well as challenge the status-quo and serve as an agent of change. The ideal candidate will be someone who gives energy to great ideas; thinks broadly; has high integrity, empathy and humility. He or she will be a transparent, approachable, collaborative individual, and a strong communicator with principles and gravitas. He or she should be someone who can grasp new ideas quickly and who can understand and appreciate the values of Nebraska and its people. The individual must have a well-developed sense of the global nature of higher education, as well as its applications locally, among other qualities.

The University of Nebraska is the state’s only public university and has served Nebraskans through teaching, research and engagement for 150 years. The university’s four campuses—which include a leading Big Ten flagship campus in Lincoln, a metropolitan campus in Omaha, an undergraduate-focused campus in Kearne, and an academic health science center in Omaha—are home to over 52,000 students and a workforce of 16,000 faculty and staff.

AGB Search, which specializes in higher education leadership, conducts searches for college and university presidents, chancellors, provosts, vice presidents, deans, university system heads and CEOs of coordinating boards and related foundations. The firm was founded by the Association of Governing Boards of Universities and Colleges (AGB) in 2010.

Dr. McDavis, former president of Ohio University, is responsible for leading and managing all components of AGB Search including executive search, interim search and compensation evaluation service. He is also responsible for developing new business opportunities for the firm and attending national higher education conferences to represent AGB Search. He also serves as an executive search consultant for some of the firm’s searches.

Dr. Owens, who joined AGB Search in 2011, previously worked as a senior consultant with another Washington, D.C.-based search and consulting firm.  Since 2006, Dr. Owens has completed 60 searches for presidents, vice presidents, provosts, and deans in public and private colleges and universities, as well as in church-affiliated schools, specialized colleges and the for-profit sector.