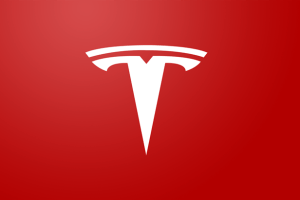 November 11, 2015 – ON Search Partners has placed Jason Wheeler as chief financial officer of Tesla Motors. The search was led by partner Larry Ormsby.

Mr. Wheeler previously served as vice president of finance at Google where he oversaw global financial operations for the company including FP&A, accounting, internal audit, treasury, tax and financial operations. He joined Google in 2002 where he helped navigate growth from under a billion dollars in revenue to $66 billion by 2014. During his tenure he also served as head of finance for EMEA based out of London. Prior to Google, he worked for Booz Allen Hamilton.

“Jason is really a ‘best athlete’ hire. He has a deep understanding of how to best foster innovation while still balancing the tradeoffs required for smart, hyper growth,” said Mr. Ormsby. “It is rare to find a CFO with this kind of scale who is still so mission driven. Jason has seen massive growth with Google and he could not be more aligned with the vision of Tesla Motors.”

Headquartered in Palo Alto, Tesla is an automotive and energy storage company that designs, manufactures, and sells luxury electric cars, electric vehicle powertrain components, and battery products. The company last week reported its biggest loss in 10 quarters, but analysts believe it is positioned for strong growth in 2016.

Mr. Ormsby is a veteran in placing CFOs at various types of companies. He has recruited CFOs into position for Airbnb, Infor Global Solutions, IO Data Centers, ConvergeOne, Support.com and Synaptics.

According to recent research, about one fifth of companies change their CFOs annually, and the market for financial officers talent has become increasingly competitive over the past year — with the best candidates often considering multiple opportunities at any one time.

With a primary focus on technology and the life science sectors, ON Search Partners recruits C-suite, board directors and senior executive talent for public and private companies, as well as venture capital and private equity firms. The firm has offices in Silicon Valley, Dallas, Minneapolis, Portland, Cleveland and the Baltimore/Washington, D.C., areas.

Check Out These Related Articles about ON Search Partners: