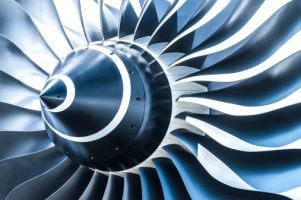 The placement follows a nationwide search to find a leader who could quickly step into the leadership role, continuing the progress and forward momentum experienced at the airport over the last 10 years.

Mr. Judon has more than 20 years of experience in aviation. He held the position of assistant aviation director of operations with Charlotte Douglas International Airport (CTL) since 2012. He also served as an air support operations operator / instructor with the U.S. Marine Corps, as well as commander for the North Carolina National Guard’s 1450th Transportation Company.

He holds accreditations as an accredited airport executive from the American Association of Airport Executives (A.A.A.E.), as well as the international airport professional from the Airport Management Professional Accreditation Program.

“We were pleased with the quality and talent level of candidates applying for the position, but the commission felt, as a body, that Herbert stood out as the best match for the Augusta Regional Airport as we move forward,” said Cedric Johnson, chairman of the Augusta Aviation Commission.

ADK Consulting was recently retained by the ‪Gerald R. Ford International Airport in Grand Rapids, Michigan to lead its search for a new president and chief executive officer.

Founded in 2003 and headquartered in Atlantic Beach, FL, ADK Consulting specializes exclusively in searches for the airport management community. The firm has filled similar roles, including recruiting Carl Newman as chief executive officer of the Jackson Municipal Airport Authority, Kelly Fredericks as president and CEO at TF Green Airport in Rhode Island, David Haring as executive director of the Lincoln Airport, and Michael La Pier as executive director of the Monterey Peninsula Airport.