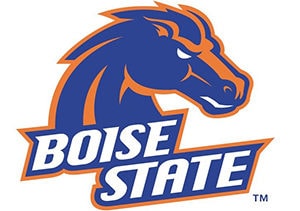 November 13, 2018 – Boise State University has enlisted Media, PA-based Storbeck/Pimentel & Associates to find the seventh president in its history. Managing partner Alberto Pimentel is leading the assignment. Six executive search firms submitted proposals to the school to be considered for the search.

This is the second attempt by a search firm to find a replacement for former president Bob Kustra, a onetime Illinois lieutenant governor, who retired from the Idaho school in June. The first search, by AGB Search, produced five finalists, all of whom visited campus. But board members were dissatisfied, saying the prospects were “accomplished but not dynamic enough or experienced enough.” Mr. Kustra had been recruited for the job by Korn Ferry in 2003.

Boise State University students, faculty, staff, alumni and other stakeholders participated in a series of listening sessions last month to give the recruitment firm a better understanding of the campus, its needs and its potential for the future. Stakeholders have also responded to surveys for the consultants.

Linda Clark, Idaho state board president also announced the names of people selected to serve on the school’s president screening committee. The 14-person committee will vet candidates, interview semi-finalists and recommend a list of finalists. The state board will interview finalists and select Boise State’s next president.

“This screening committee is a solid and diverse group representing various Boise State stakeholders,” said Ms. Clark. “I look forward to working with them throughout the process as we seek a strong leader who can build on Boise State’s momentum.”

The board plans to select a new president early next year and have the new president in place at the beginning of the next fiscal year, which starts July 1. Martin Schimpf, a longtime faculty member and administrator at Boise State, took over as interim president in June.

Boise State University is a public, metropolitan research university providing leadership in academics, research and civic engagement. The school has more than 24,000 students from every state and more than 60 foreign countries. Boise State is designated as a doctoral research institution by the Carnegie Classification of Institutions of Higher Education. It offers about 200 programs of study, including 11 doctoral programs. The university is an integral part of its metropolitan environment and is engaged in its economic vitality, policy issues, professional and continuing education programming and cultural enrichment.

Storbeck/Pimentel & Associates has a strong history of recruiting top leadership in higher education. The firm has placed presidents at the University of Arizona, Swarthmore College, Pomona College, Carnegie Mellon University, University of Wyoming and the University of Wisconsin-Madison, among many others. Minority and female owned, the firm has more than 25 consultants and support staff in two main offices in Pennsylvania and Whittier, CA and local offices in every region.

Mr. Pimentel, who co-founded the firm with Shelly Weiss Storbeck in 2007, has conducted hundreds of search assignments for a variety of public and private universities and colleges, non-profit organizations and governmental agencies over the last 20 years. He has recruited candidates for both academic and administrative positions for university systems as well as individual campuses. His experience includes conducting searches for chancellors, presidents, provosts, vice presidents, academic deans, executive directors, directors and managers across all functional areas.

Ms. Storbeck is managing partner of the firm’s East Coast practice. She has one of the most widely recognized names in higher education search, having recruited senior leaders for America’s most prestigious colleges and universities. Most recently, she conducted president searches for the University of Pittsburgh, University of Wisconsin, Bates, Denison, Haverford and Swarthmore colleges. Over her career, she has conducted more than 500 searches for public and private universities, colleges and schools, and non-profit associations and organizations.