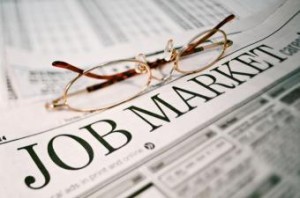 January 11, 2017 – The hiring outlook for 2017 is the best the U.S. has seen in a decade with two in five employers (40 percent) planning to hire full-time, permanent employees over the next 12 months, according to CareerBuilder‘s annual job forecast. Three in 10 expect to hire part-time, permanent staff while half of all employers anticipate adding temporary or contract workers.

The national survey, conducted online by Harris Poll on behalf of CareerBuilder, also indicates that employers will offer better wages, place emphasis on candidates’ soft skills and reach out to candidates via texts to invite them for job interviews. It included a representative sample of 2,391 hiring managers and human resource professionals across industry.

“Three in four employers reported that they are in a better financial position than they were a year ago, which is instilling more confidence in adding people to their payrolls,” said Matt Ferguson, chief executive officer of CareerBuilder. “Following a divisive election season, employers are entering the New Year with a watchful, yet optimistic approach.”

“One of the key challenges for employers will be bridging the talent gaps within their own organizations by either offering better wages or by helping to reskill and upskill workers,” Mr. Ferguson continued.

The amount of employers planning to hire full time, permanent staff in 2017 increased four percentage points from 36 percent in 2016 to 40 percent in 2017. Employers in information technology were the most likely to say they were adding new employees at 56 percent, a notable 12 percentage point gain over the prior year.

Eight percent of employers across industries expect a decline in staff levels in 2017, an improvement from 10 percent last year. Forty four percent anticipated no change while nine percent were unsure.

In terms of part time employment, 30 percent of employers expect to increase their number of part time, permanent employees in 2017, up from 26 percent last year.

The demand for temporary labor will continue to be strong as employers strive to have more flexibility in their staff levels. Fifty one percent of employers plan to hire temporary or contract workers in 2017, an increase from 47 percent last year. Sixty three percent of employers plan to transition some temporary or contract workers into permanent roles in 2017, up from 58 percent last year.

The use of temporary / contract workers in the ‘gig’ economy is a new approach to business structure and employment. It has been on the rise with companies utilizing these types of workers to fill positions during a time where talent shortages seem widespread.

According to a recent report by Randstad US, by 2025 most workers (70 percent) and employers (68 percent) agree that a majority of the workforce will be employed in an ‘agile capacity’ (i.e. contractor, consultant, temp worker or freelancer). It also found that as early as 2019, as much as 50 percent of the workforce will be comprised of agile workers, as nearly four in 10 (39 percent) workers say they are likely to consider shifting to an agile arrangement over the next two to three years.

A separate study from CareerBuilder and Economic Modeling Specialists International, concluded that hiring temporary and contract employees can help businesses sidestep talent gaps and remain nimble. The study showed more companies will be tapping into this labor segment, with temporary employment expected to add 173,478 jobs from 2016 to 2018 – an increase of 5.9 percent.

These figures coincide with similar findings by an Adecco study, ‘Definitive Guide to Building a Better Workforce,’ which found that 67 percent of companies use contingent labor to enhance their workforce and close talent gaps. The study surveyed 536 C-suite executives across the U.S. regarding the types of talent they need, skills that are most difficult to find, how they are using contingent labor and progressive recruiting methods to enhance their workforces, employee retention techniques and more.

Among key trends in the CareerBuilder job forecast report that are shaping the job seeker experience in the coming year:

Of employers who plan to increase their number of full time, permanent employees in the New Year, the top five areas they will be recruiting for include information technology – 28 percent; customer service – 27 percent; production – 26 percent; sales – 25 percent; and administrative – 24 percent.

Employers in the West expressed the most confidence in their hiring outlook for the next 12 months with 44 percent planning to hire full time, permanent employees and 60 percent planning to hire temporary or contract workers. The Northeast experienced the largest year-over-year gains with 42 percent hiring full time, permanent staff – up from 30 percent last year – and 55 percent hiring temporary or contract workers – up from 42 percent last year. The South is showing a three percentage point increase over 2016 for both permanent and temporary hiring while the Midwest is showing little change.

According to a separate newly released survey by CareerBuilder, more than one in five workers (22 percent) are planning to change jobs in 2017, similar to last year (21 percent). It also found that 35 percent of workers are regularly searching for new job opportunities, even though they’re currently employed. That marks a one point increase since last year (34 percent).

“Whether it’s unemployed people trying to find their way back to the workforce or those who are currently employed attempting an upgrade to greener pastures, a new year makes many people set their sights on job hunting,” said Rosemary Haefner, chief human resources officer (CHRO) for CareerBuilder. “To keep your top workers, you need to keep a pulse on what they’re seeking. For example, poll your employees from time to time to learn more about their goals and motivations and how they want to be treated.”

Jobless Claims Come in at Highest Mark Since January