Menu
View our Events
Stay Connected:
A newly released study by Russell Reynolds Associates finds that only eight percent of C-suite executives surveyed feel "well prepared" for an economic slowdown. The search firm offers four steps to get ready should the economic winds start to blow. 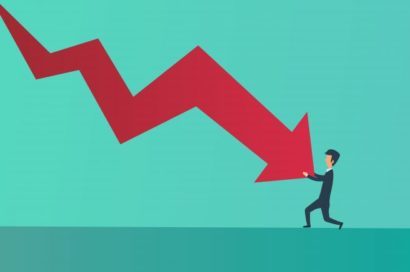 October 25, 2019 – Senior executives predict a recession is likely within the next 18 months but lack preparedness, according to a new report by global search firm Russell Reynolds Associates. The report—entitled “Preparing for Economic Uncertainty: Are Your Operations Teams Ready?”—includes input from over 500 global C-suite executives polled to find out how concerned they are about a recession and whether that is translating into action. The study provides actionable insights that leaders can use to plan accordingly and emerge as winners during and after a possible slowdown.

The need for preparation is clear based on how companies have performed during previous recessions, yet the survey found that while 96 percent of executives believe it somewhat probable or highly likely that a downturn will materialize over the coming 12 months, only eight percent of those surveyed reported feeling “well prepared” for it.

“To counter a slowdown, one of the first steps CEOs can take to manage their business is to evaluate their operations, supply chain and finance functions,” said Pascal Bécotte, co-lead of Russell Reynolds Associates’ global operations and supply chain officers practice. “The downturn in 2008 illustrated that these functions were the first to be affected. COOs need to work with their CEOs and CFOs to ensure they look beyond just cost-cutting to pursue a balanced approach in order to recover more quickly following a recession.”

Looking specifically at the operations function, the survey revealed that only eight percent of senior operations and supply chain executives feel they are personally well prepared to navigate through a downturn, and only five percent feel their team is well prepared.

Develop a plan with the COO: Operations executives must understand where potential weaknesses are in their supply chain and develop plans for their teams to follow during a crisis.

Benefit from the unique position of the COO: COOs need to demonstrate the benefits of their unique point of view to the larger organization so that these plans can get the C-suite support they need.

Identify gaps in the team: The disruption from a downturn will require talent to be comfortable with agility and to be nimble, empowered to act and be able to quickly respond.

Address gaps with effective talent strategies, culture and leadership: Stress-test team capabilities to respond, execute plans, develop talent where needed and work toward the right culture for the team.

Russell Reynolds Associates surveyed 534 senior executives—including 179 CFOs, 148 CHROs and 79 executives currently or previously responsible for operations and supply chain functions—at companies around the globe and across industries. The survey reported predictions around the impact and possible timing should an economic downturn occur, as well as the level of preparation among CEOs and their teams.

What Others Are Sayings

“The people we talk to don’t see a recession any time soon,” said Bill Stoller, CEO of Express. “There are some signs of an overall slowing of the economy-but a slowdown and a recession are two different things. Right now, the job market is strong. So, the most important thing is not to let our fears launch a recession.”

“While we do not see a recession in the near term, in many ways we are still recovering from the last one — which left a deep scar on many investors,” said Tracie McMillion, head of global asset allocation strategy for the Wells Fargo Investment Institute.

According to the recently released National Association for Business Economics’ Outlook report, odds of a recession go up at the end of next year with protectionism a top concern. Of those surveyed, 56 percent cited “trade policy (increased protectionism)” as the greatest downside risk to the U.S. economy through 2019.

Unemployment Rate Dips to 3.5 Percent
The economy is still creating jobs at a reasonable pace. In fact, companies seem to be hiring with abandon as we enter an unprecedented 11th year of expansion. Let’s take a look into the just released jobs report as leading search consultants..

“Increased trade protectionism is considered the primary downside risk to growth by a majority of respondents, followed by financial market strains and a global growth slowdown,” said survey chair Gregory Daco, chief U.S. economist, Oxford Economics. “Recession risks are perceived to be low in the near term, but to rise rapidly in 2020. Panelists put the odds of a recession starting in 2019 at 15 percent, climbing to 60 percent by the end of 2020.”

“It does not appear that a recession is imminent in the near term, but we are noticing pockets of concern in some regions with North America,” said Robert Travis, managing partner at Boyden. “Most notably within the oil and gas sector in Alberta.” In Canada, he added, “there have been significant cuts in oil production, drilling investments are down, and with the upcoming federal election, there is tremendous uncertainty around the future of the Trans Mountain Pipeline (TMX).

“Global trade tensions are creating heightened levels of insecurity that is impacting business investment,” he said. “Specifically, the negative impact of the U.S.-China trade war is being felt by our clients. The escalation in tariffs has impacted decision making around capital expenditures, and many clients have been forced to implement expensive changes to their supply chains.”

“While executives are not predicting a recession in North America soon there are storm clouds for global growth and the possibility of deceleration in economic growth,” said Alison Gaines, CEO of Gerard Daniels. “Leaders should plan for this and think about how resilient are their strategy, balance sheet and executive and board talent to lead the organization during times of turbulence. Scenario planning and risk management skills will be worked hard at this time. Sophisticated organizations will make use of data analytics to gain a real time sense of changes in consumer and client behavior and adapt very quickly.”