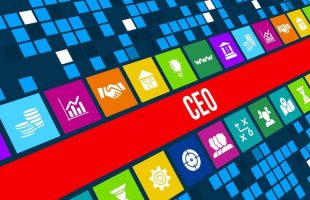 Mr. Dalton is a second-generation leader in the hospitality industry. He comes to Visit Aurora with 29 years of industry experience, most recently serving as vice president of Groups360, a Nashville-based hospitality company. In his previous role, he served as managing director of sales for the Grapevine (TX) Convention & Visitors Bureau. Mr. Dalton began his career as a bellman at the Twin Bridges Marriott Hotel and then progressed with positions with Marriott and Hyatt hotels, as well as sales roles with the convention and visitors bureaus in San Antonio, Nashville, Hawaii, and Fort Worth.

“After a thorough and deliberate vetting process, the board of directors could not be happier with our selection of Bruce Dalton as we navigate through the evolving and expanding landscape of our destination,” said Gian Gandolfo, chairman of Visit Aurora. “Bruce’s experience in hospitality will help us continue to attract both large and small business event groups to the region. We look forward to seeing his leadership in action as the Visit Aurora team elevates Aurora as the thriving and sought after destination that it is.”

“We have seen exponential growth in our tourism industry since Visit Aurora’s inception in 2010,” Mayor Steve Hogan said. “Because of Visit Aurora’s tremendous efforts, the city’s reputation as a leading Colorado destination continues to grow. I look forward to working with Bruce as he leads the way in growing and enhancing Visit Aurora’s programs and initiatives.”

As one of Colorado’s newest tourism organizations, Visit Aurora contracts with the City of Aurora to position Aurora as a premier destination and spread awareness of its regional and national accomplishments. Tourism supports 7,000 jobs in Aurora and generates $25 million in state taxes and $22 million in local taxes.

Mr. Gnatovic leads the firm’s convention, tradeshow and experiential marketing and event industry specializations, as well as those for convention centers, stadiums, arenas and performing arts facilities. Prior to joining SearchWide, he spent more than 15 years in the convention industry.

After suffering a massive hit during the Great Recession, employment and hiring within the travel, hotel and hospitality industry has begun to rebound. In the last year, according to one set of survey metrics, the industry added 527,000 jobs (2.6 million since 2004). That number is expected to increase this year as global tourism and traveling in general are expected to rise.