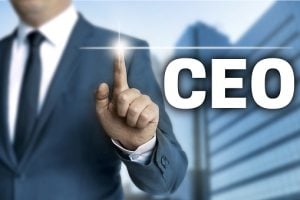 In this new role, Mr. Lesnick will oversee all business operations and subsidiaries of Associated Luxury Hotels, which significantly expanded its global footprint, services and collection of member hotels with the recent strategic acquisition of Frankfurt-based Worldhotels. Lesnick will be based out of the company’s New York City office and at its headquarters in Orlando.

Mr. Lesnick comes to Associated Luxury from Wyndham Hotel Group, where he served as executive vice president and chief marketing officer, responsible for all aspects of revenue generation for 18 brands encompassing more than 8,000 hotels in 77 countries. Before that, he served for six years as president and CEO of Audience Rewards, where he led the start-up from its early stage development to a highly successful audience development program for Broadway and the arts.

Previous to that, he was at Starwood Hotels and Resorts as corporate vice president of customer loyalty, marketing and membership programs and as vice president of hotel marketing, CRM and online marketing. His hospitality career also includes five years in corporate leadership roles at Hyatt Hotels Corporation where he developed the first desk lamp with built-in power outlet for the growing number of guests with laptops.

“Josh is the ideal person to lead us as we evolve to meet the growing needs of our distinguished member hotels, Alliance partners, and our valued customers and guests around the world,” said David Gabri, chairman. “He has a proven track record of creating winning cultures, driving meaningful innovation, and a tremendous passion for enhancing customer loyalty as evidenced by the five highly successful customer loyalty programs he has launched and managed.”

He said the hotel has experienced considerable growth over the last several years through market effectiveness and expansion, acquisitions, organic growth, and with the recent addition of Worldhotels to its portfolio. “The sky is now the limit to grow strategically with Josh at the helm, leading our significantly expanded teams in North America and abroad,” he added. He said Mr. Lesnick has the vision, skills, extensive experience, and strong core values to now guide the organization as it builds one of the industry’s best portfolios of ‘soft brand’ solutions and tools for independent luxury-level hotels and independent luxury hotel brands around the world.

“Incredible changes are going on in our industry with respect to soft branding, loyalty services, and distribution that are having a major impact on independent luxury hotels,” Mr. Lesnick said. “To have the opportunity to work with the very talented and passionate teams of ALHI and Worldhotels, creating a new approach to these challenges, will allow us to better serve the needs of such unique and independent hotels, their owners, and guests.”

In a related search, AETHOS placed Mark Sergot as chief sales officer for Associated Luxury Hotels International. Mr. Hazelto also led that search assignment. He has over a decade of executive search experience in a variety of industries, including hotel, restaurant, gaming, travel, real estate, finance, and technology.

After taking a massive hit during the Great Recession, employment and hiring within the hotel and hospitality industry has begun to rebound. In the last year, according to one set of survey metrics, the industry added 527,000 jobs (2.6 million since 2004). That number is forecasted to increase in 2017, as global tourism and traveling in general are expected to rise.

“My hope is that Donald Trump will be good for the economy and a voice for the hotel industry on Capitol Hill,” said AETHOS managing director and CEO Keith Kefgen. “Travel is a key indicator of economic health and I believe Mr. Trump’s low tax, small government approach is good for business. Fixing healthcare will also be a plus for the travel industry, as the present system seems to be disliked by everyone,” he added.

Immigration, though, will be an interesting issue for the industry (including food supply chain), said Mr. Kefgen, as the sector employs a great deal of first generation immigrants and undocumented workers. “Trade issues with China and Latin America will also have an impact on our industry from an investment perspective. But travel could be adversely affected if relations get strained. I think our industry will be more of a bellwether for the President’s policy successes or failures than any other.”