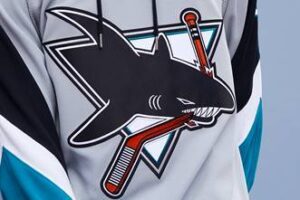 April 7, 2021 – Legal recruiting generally has been booming this year. According to Hunt Scanlon Media, lawyers employed by government agencies in particular have been on the move as a result of changes in government administrations. Employment of lawyers is projected to grow 10 percent through 2022. Demand for legal work is expected to be robust as individuals, businesses, and all levels of government will require legal services in the U.S. and internationally as global economies expand. In addition, the responsibilities of general counsel have expanded in recent years and demand for them has increased during the COVID-19 pandemic.

Search Solution Elite was recently retained by Sharks Sports & Entertainment, parent company of the National Hockey League’s San Jose Sharks, to recruit the organization’s next general counsel. The search is being led by Jeremy Gnozzo, the founder and president of Search Solution Elite, and partner Aaron Curley. “Search Solution Elite is proud to partner with Sharks Sports & Entertainment,” said Mr. Curley. “Working in conjunction with their team to deliver top-level transformational talent will further entrench the Sharks as a world-class franchise. We are excited to continue our growth with sports franchises and leagues, as well as in the general counsel space nationwide.”

The Sharks are seeking a true business partner to help lead the strategic direction of their organization. This new general counsel role will partner with league officials, business partners, and city/state officials to help grow their expanding enterprise and continue to provide a world-class fan experience. The executive role will also provide leadership for the organization’s human resources department.

The San Jose Sharks were founded in 1991. In 1994, the Sharks established an official charity arm of the team, the Sharks Foundation, a non-profit that is dedicated to enhancing the lives of underserved youth and families in the Bay Area. Sharks Sports & Entertainment owns and operates a number of sports properties and venues, including three ice rinks in the Bay Area, the AHL’s San Jose Barracuda, and select events at the SAP Center.

Mr. Gnozzo founded the firm in 2002 in Buffalo, NY. His expertise was originally in the accounting, finance, HR and sales industries. For more than 10 years, he worked on retained searches across the U.S. with Fortune 1000 companies, as well as medium and large public and private companies.

Mr. Curley, who joined Search Solution Elite in 2013, is an engagement manager and works in the Charlotte office. He also played a vital role in developing the executive division of the firm.

Executive search firms have been called in to find new general counsel for various organizations in recent months. Here is a look at a few from the Hunt Scanlon news archives:

John Gilmore, co-founder and managing partner of BarkerGilmore, recently recruited Luis Machado as the new general counsel and corporate secretary of TopBuild Corp. “We are pleased to welcome Luis to TopBuild,” said CEO Jerry Volas. “He brings more than 20 years of experience leading legal and compliance functions across a wide range of industries. He is a terrific addition to our senior leadership team.”