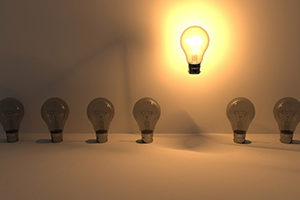 June 8, 2018 – For non-profit organizations, these are challenging days. Declining support from government sources, increased demand for their services and competition for donor dollars are just a few of the issues that charitable organizations must overcome to stay afloat each year. So it is that roles like national directors and chief development officers become all the more critical.

Museums are one type of non-profit that have been increasingly turning to specialist recruiters to help fill critical, senior-level leadership roles. Recently, U.K.-based executive recruiter Saxton Bampfylde placed Laura Pye as the director of National Museums Liverpool (NML). She will commence her new role in August, replacing David Fleming who has retired.

“I’m thrilled to be welcoming Laura to National Museums Liverpool,” said the organization’s chair, David Henshaw. “We’ve recently had our highest annual visitor figure ever, and with ground-breaking exhibitions including ‘China’s First Emperor’ and the ‘Terracotta Warriors’ and ‘Double Fantasy: John & Yoko’ it’s an incredibly exciting time for Laura to be joining us.”

Ms. Pye has been the head of culture for Bristol City Council since 2015 and has responsibility for five museums – Bristol Museum and Art Gallery, M Shed, Blaise Castle House, Red Lodge and the Georgian House. She previously worked at Warwickshire County Council as interim heritage and culture manager and learning and community engagement manager.

“Liverpool is home to a world-class museum service that offers an incredible range of experiences for millions of visitors each year and I am very much looking forward to joining a team with a reputation for excellence,” Ms. Pye said. “My aims are to support the growth of National Museum Liverpool’s already world-class reputation and ensure we continue to deliver an inclusive, inspiring and valuable service for all.”

Mr. de Montebello said museum leaders must be the voice of their organizations, which makes it essential to have inspired people at the top. “And these leaders require, now more than ever, top notch fundraising skills,” he said. “They must develop strong relationships with donors and truly serve as the face of the institution.”

spen Leadership Group, an executive recruitment firm based in Aspen, CO, recently placed Bill Friedeman as the new chief advancement officer of the National Museum of Wildlife Art. The National Museum of Wildlife Art serves a variety of guests, from local families to international visitors, by providing access to outstanding art, and engaging them in enlightening programming.

oetic Search recruited Crystal Bowyer as the president and CEO of The National Children’s Museum. Rhyan Zweifler, president of the Chicago recruitment firm, led the assignment. Founded as the Capital Children’s Museum in 1974, the museum served children and families for thirty years in Northeast Washington, D.C.