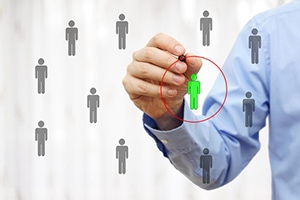 June 8, 2018 – Following an extensive nationwide search, Stamford, Conn-based executive search firm Management Consultants for the Arts has placed Jennifer Bielstein as the new executive director of American Conservatory Theater (ACT) in San Francisco. She succeeds Peter Pastreich who is leaving the organization at the end of the 2017-18 season. Partner David Mallette led the assignment.

“On behalf of the board of trustees, I am delighted to welcome Jennifer Bielstein as American Conservatory Theater’s new executive director,” said Kay Yun, president of the board. “Her passion and dedication to the arts makes her one of most respected and sought-after arts leaders in the country. Jennifer and incoming artistic director Pam MacKinnon are the ideal team to lead ACT into the future.”

Ms. MacKinnon said she was thrilled by the addition of Ms. Bielstein. “Her knowledge of, commitment to and passion for theater is unparalleled,” she said. “I cannot wait!”

In Louisville, Ms. Bielstein served on the boards of Theatre Forward, the Louisville Downtown Development Corp., Greater Louisville Inc., the Arts and Cultural Attractions Council and as a review panelist for the National Endowment for the Arts. While working in Chicago, she was the executive director of Writers Theatre and also worked for Steppenwolf Theatre Company, About Face Theatre, Northlight Theatre, Apple Tree Theatre, and Lincoln Park Zoo and served on the board of the League of Chicago Theatres.

“ACT is incredibly fortunate to have a leader like Jennifer Bielstein,” Harry Weintraub, general counsel of the League of Resident Theatres. “Jennifer’s thoughtful, detailed and dedicated work on behalf of LORT has had a tremendous impact on the non-profit theatre industry, and I am confident her impact at ACT will be just as great.”

Joseph Haj, artistic director of the Guthrie Theater, said that ACT could not have made a better choice. “Jennifer is tireless, smart, collegial and skilled,” he said. “I believe Pam and ACT will find Jennifer to be as valuable a partner as I have found her to be at the Guthrie.”

The American Conservatory Theater is a large non-profit theater company in San Francisco that offers both classical and contemporary theater productions, as well as being an acting school. Its primary home in San Francisco is the Geary Theater. Built in 1910 and designed by Walter D. Bliss and William B. Faville in the classical revival and late Victorian styles, it was previously known as the Columbia Theater.

“I am honored for this opportunity to lead American Conservatory Theater alongside Pam MacKinnon,” said Ms. Bielstein. “I look forward to becoming a part of the San Francisco Bay Area community and working with the board of trustees, the staff, the artists, and all the theater’s stakeholders to build upon and expand ACT’s impressive legacy.”

Since 1983, Management Consultants for the Arts has had deep involvement with arts and cultural organizations of all types and sizes throughout the country, including theatres, museums, music and dance companies, performing arts centers, science centers, historical societies, colleges and universities, service organizations, public agencies, arts councils and foundations. The firm’s services include consultations in executive search for senior-level leadership, planning, organizational analysis, board and staff retreats, seminar & workshop development and facilitation.

Mr. Mallette worked for more than two decades as a performing arts administrator in theatre and dance. His consultation experience has included work with large performing arts institutions, service organizations and foundations as well as smaller institutions, individual artists and festivals in the areas of organizational leadership and vision, crisis strategies, governance and non-profit management.