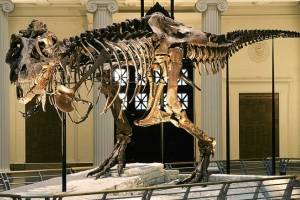 December 20, 2017 – Russell Reynolds Associates has placed Daniel Menelly as president and CEO of The DoSeum, a San Antonio museum for children.

Mr. Menelly is an experienced science educator and non-profit management expert with a solid background in STEM (science, technology, engineering, and mathematics) education in both formal and informal learning environments. He comes to The DoSeum from the Rochester Museum & Science Center, where he served as president and chief science officer. In that role, he directed and oversaw all program and exhibition activities at the 105-year-old public science institution. Prior to that, he was vice president, STEM, at the Liberty Science Center in Jersey City, where he directed STEM programming at an institution dedicated to public science education with both on-site and online activities.

In addition, Mr. Menelly has extensive experience in teaching in rural, urban and suburban school settings, as well as public, independent and international school communities. He also has years of experience in the management and administration of non-profit entities.

After an extensive national search undertaken by Russell Reynolds, Mr. Menelly stood out from a pool of highly accomplished candidates.

“The DoSeum is very excited to welcome Dan, knowing he brings exceptional leadership skills to San Antonio and lead this incredible place that promotes joyful learning for all kids in our community,” said Suzanne Goudge, president of The DoSeum’s board of trustees. “While our search took some unexpected time, Dan is definitely worth the wait. Dan will be such an asset to our local community as well as the state of Texas.”

Mr. Menelly said he was looking forward to his new role. “San Antonio’s rich cultural heritage is well-suited to ‘place-based’ learning, which is a specialty of institutions like The DoSeum,” he said. “I am particularly excited to partner with others in San Antonio’s learning ecosystem, including schools, clubs, foundations and universities that are interested in STEM engagement and in co-developing learning experiences that build curiosity in young learners and, over time, confidence in their ability to master new challenges and understand ideas at a deeper and more personal level. “

The DoSeum, which encourages children to learn while doing, is one of the leading children’s museums in the nation. The museum offers innovative exhibits and experiences to get children excited about concepts in science, math, art and literacy, both in and out of the museum.

The Metropolitan Museum of Art in New York is seeking a new director to replace Thomas P. Campbell, who stepped down in February. The oldest and possibly most prestigious museum in the U.S. has turned to a boutique executive search firm, Phillips Oppenheim, to fill the position.

The Museum of Contemporary Art (MOCA) has retained Los Angeles-based Shelli Herman and Associates to find its next CFO. Shelli Herman, president of the recruitment firm, will lead the search along with her associate, Krista Haley. MOCA, established in 1979, remains the only artist-founded museum in Los Angeles and the only museum in the area for contemporary art exclusively.

The National Museum of Wildlife Art (NMWA) in Jackson Hole has commenced a search for a chief advancement officer. The non-profit recently enlisted Aspen Leadership Group, an executive recruitment firm based in Aspen, CO, to lead the search. NMWA serves a variety of guests, from local families to international visitors.

Noetic Search recruited Crystal Bowyer as the president and CEO of The National Children’s Museum. Rhyan Zweifler, president of the Chicago recruitment firm, led the assignment. Founded as the Capital Children’s Museum in 1974, the museum served children and families for thirty years in Northeast Washington, D.C.

Korn Ferry recruited Olivier Meslay as the new director of the Clark Art Institute. Naree Viner led the assignment. The Clark Art Institute, located in Williamstown, MA, is one of a small number of institutions globally that is both an art museum and a center for research and higher education in the visual arts.