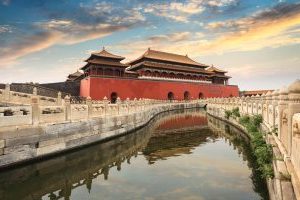 June 26, 2017 – Russell Reynolds Associates has named Peter L. O’Brien as the region head for Asia Pacific. He takes over from Peter Drummond-Hay, who returned to the firm’s New York office in March.

Mr. O’Brien will be responsible for managing Russell Reynolds’ business across the region and driving growth in key markets, including China, India, Japan, South Korea and Southeast Asia, as well as Australia and New Zealand. He is also a member of the firm’s global board and CEO advisory group. He advises clients on a range of leadership issues, including CEO and board succession. Previously, he led the global supply chain practice as well as the global industrial services & infrastructure sector for the firm.

“The leadership talent market across Asia Pacific is at a unique crossroads,” said Mr. O’Brien. “Given the regulatory and business needs for enhanced board effectiveness, succession planning and transformative C-suites across the region, we have seen a 20 to 30 percent increase in demand for local and regional leaders over the past year.”

“Asian leaders are returning to their local markets which is having a significant impact in the global expansion of Asian companies,” he said. “In response to this, we are strengthening our regional presence and advancing our scientific psychometrics framework to enable sharper, more predictive insights to help our clients build high performing teams.”

Mr. O’Brien brings over 25 years of leadership experience, living and working in Asia and Europe. He spent the past 10 years in the leadership and search advisory industry, where he advises boards and CEOs on corporate governance, board effectiveness, succession planning, executive development and leadership search and transformation. He consults both listed and private companies across a wide range of industry sectors to develop leadership teams internationally.

In April, the firm added Marc de Leyritz as managing director of its global board and CEO practice. Based in Paris, Mr. de Leyritz works with multinational clients across a range of C-suite and board-related areas, including CEO search and succession, leadership development and organizational transformation.

In December, Russell Reynolds opened an office in Miami in an effort to further strengthen its presence on the East Coast and bridge the firm’s North America and Latin America field locations. Nada Usina serves as office manager for the location. She joined the firm six years ago and has held numerous leadership positions.

Last fall, the firm appointed Constantine Alexandrakis to his current role of region head for the U.S. He took over the position from Mark Adams, who remains a managing director with the firm. Mr. Alexandrakis joined Russell Reynolds as a consultant in 2004 and has led its Chicago and Minneapolis offices since 2012 and 2014, respectively.

In January, U.K.-headquartered executive search firm The Up Group named Agnes Greaves as managing director. Ms. Greaves previously served as executive director at Russell Reynolds, where she worked on the firm’s global consumer team focusing on consumer goods and the digital sector.

And rival Heidrick & Struggles added Steven Greenberg as a partner in charge of the firm’s financial services practice. Based in Tokyo, he will additionally lead the firm’s efforts in the insurance sector, covering Asia Pacific and the Middle East. Mr Greenberg joined Heidrick from Russell Reynolds, where he served as a consultant.