Menu
View our Events
Stay Connected:
Fewer wage increases are expected in the next 12 months, according to a newly released report, but should still remain strong. Recruitment veterans Tom Spry and Russell Riendeau offer their unique perspectives. 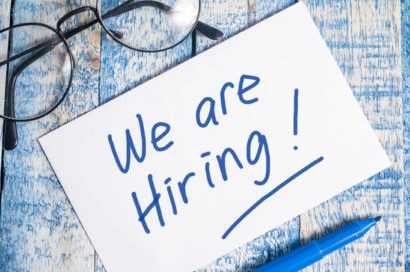 May 23, 2019 – Economists foresee ongoing economic expansion for at least the next 12 months and companies expect to continue hiring, according to a business conditions survey released by the National Association for Business Economics (NABE). All survey respondents said that they expect the U.S. economy, as measured by the change in inflation-adjusted gross domestic product (real GDP), to increase over the next four quarters.

Employment growth was less widespread at respondents’ firms in the first quarter of 2019, said the study, and the NRI declined to 22 from 25 in the previous quarter. The NRI of 30 for expectations for wage costs over the next three months suggested that the first quarter decline was transitory.

A separate report from Express Employment Professionals found that 80 percent of respondents said they planned to hire during the current quarter. Forty-one percent said the employment market is “trending up,” indicating that hiring might still pick up further in some parts of the country.

Unemployment Rates Falls Again, This Time to 3.6 Percent
Employers added 263,000 jobs last month as the U.S. unemployment rate dropped to 3.6 percent, according to the most recent U.S. Bureau of Labor Statistics. Economists had estimated that 190,000 jobs were added last month, according to a Bloomberg survey. The April gain is the 103rd consecutive month of job growth.

“The pace of hiring varies significantly by region, but the fact that hiring continues and so few businesses say their markets are ‘trending down’ is more encouraging news for the economy,” said Bill Stoller, CEO of Express Employment Professionals. “It’s worth asking, how much stronger would our economy be if we could fill the 7.6 million jobs that were open at last count?”

“The labor market is unbelievably challenging right now,” said Tom Spry, founder and leader of Tom Spry Executive Search. “The market has taken a significant shift from the employer holding the ‘advantage’ to the employee now having it. Top talent has never been harder to come by — and this is not necessarily a bad thing for some in this economy.”

“There are other factors exasperating the issue in the market — the rise of third party services and self-employment/contract work is greater now than before,” he said. “Not only are revenue volumes shifting to these channels, but it is talent availability.  In addition, labor cost has risen year-over-year at a rate that offsetting the bulk of this through price is not feasible.”

“The successful brands are going out of their way to prioritize the employee experience, understanding the opportunities and investing in ways to enhance it,” Mr. Spry said. “True executive search and talent acquisition partnerships help differentiate and communicate their story in the marketplace.”

Employers Look to Continue Hiring Plans
U.S. businesses report strong hiring intentions, according to the latest “Employment Outlook Survey” by ManpowerGroup. Let’s go inside the latest forecast and see which sectors and regions are in growth mode. Search expert Todd Bennett then weighs in.

“Raising wages is a capitalist’s version of ransom to attract talent,” said Russell Riendeau, senior partner at New Frontier Search Company. He points to the ‘Join my company and I’ll pay you whatever you want’ mentality. “The excitement of a pay increase lasts about two paydays and then it’s the same old job again. Offering to pay a higher wage to lure talent—without a compelling story/competitive advantage/onboarding program, negative culture, weak leaders, etc. will attract a weaker, greedy, opportunistic candidate more than it will attract a proven one.”

Why? “Because the top talent is already making more and doesn’t need to leave for more money,” he said. “They want something else other than money. But inexperienced HR professionals and hiring managers are not trained well enough to flush out the reasons or they are reluctant to use a search firm to try to save money.”

“In tight labor markets promotable talent would already have been promoted if they were good enough or they would have left to take a better job in a tight, great market to leverage their skills for a better job,” Mr. Riendeau said. “Also, internal training in 80 percent of corporations is weak or even non-existent because of work load, budgets not wanting to allow ‘excess’ spending on training, or the leadership team is not a mentoring/nurturing culture; thus there is no faith or model to promote from within.”

“Research shows that less than 25 percent are promoted in their companies,” he said. “Sad fact, yet very true. But good for the search business!”