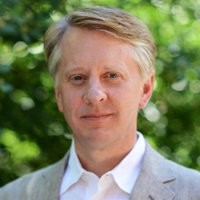 Ron Schiller, Founding Partner and Principal Consultant, is a nationally recognized advisor to presidents, board members, and other leaders in higher education, arts and cultural organizations, health care, and social and community services. Since 2011, he has focused his attention on executive search and strategic consulting, drawing on his experience as fundraising leader, executive team member, board member, and search consultant built over a 30-year career.

Ron has held leadership positions in seven educational and cultural institutions, including the University of Chicago, where he led a team of more than 450 that completed a $2.3 billion campaign and facilitated two nine-figure gifts. He serves on the faculty of the annual CASE conference, “Inspiring the Largest Gifts of a Lifetime” and has served as co-chair of CASE’s Winter Institute for Chief Development Officers. He is the author of three books: The Chief Development Officer: Beyond Fundraising, published by Rowman & Littlefield, Belief and Confidence: Donors Talk About Successful Philanthropic Partnership, published by CASE Books, and Raising Your Organization’s Largest Gifts: A Principal Gifts Handbook, also published by CASE. He is a regular speaker for regional and national conferences of the Association of Fundraising Professionals, the Association for Healthcare Philanthropy, CASE, and Rice University’s Center for Philanthropy and Nonprofit Leadership, among others, and he is the recipient of CASE’s Crystal Apple Teaching Award.

Ron is President of the Cornell University Glee Club Alumni Board. He has served on the Cornell University Council and on the boards of the American Friends of Covent Garden, Chicago’s Harris Theater for Music and Dance, the University of North Carolina School of the Arts, Aspen’s Buddy Program, the Cayuga Chamber Orchestra, the Salt Bay Chamberfest, and the Mendelssohn Choir of Pittsburgh.