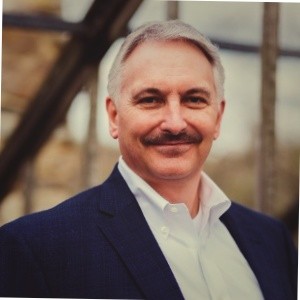 Mike Myatt is a leadership advisor to Fortune 500 CEOs and their Boards of Directors. Widely regarded as America’s Top CEO Coach, he is the bestselling author of Hacking Leadership(Wiley) and Leadership Matters… (OP), a Forbes leadership columnist, is a member of the board of directors at the Gordian Institute, and is the Founder and Chairman at N2Growth.

Perhaps best know for his groundbreaking leadership insights and his ability to cut through static thinking, Myatt is recognized for coining the phrase “Next Practices” when people were just beginning to talk about best practices. His SMARTS (Simple, Meaningful, Actionable, Relational, Transformational & Scalable) paradigm has been used as the catalyst for many culture transformation projects around the globe, and his thinking around “pulling the future forward” has influenced the way leaders approach change and innovation.

Some of Mr. Myatt’s accomplishments prior to serving as the CEO at N2Growth include serving as President and COO of an investment bank, Managing Director of a law firm, Director of Internet Strategy for the country’s largest web enablement firm, and he founded what was prior to its sale one of the country’s Top 50 interactive advertising agencies.

He is also a syndicated columnist and contributing editor on topics of leadership, culture and innovation. His theories and practices have been taught at many of the nation’s top business schools, and his work has been noted in several publications including: Forbes, Psychology Today, The Washington Post, The Wall Street Journal, Entrepreneur, Chicago Sun Times, Success, Washington Times, Chief Executive Magazine and others.

Mr. Myatt also frequently lectures and keynotes on topics of leadership and innovation. Mr. Myatt has been happily married for more than 30 years with two married children and seven amazing grandchildren.