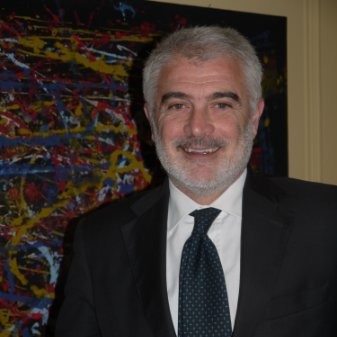 Gabriele joined ZRG in 2017 as a Managing Director in the Industrial sector. He spent the first 10 years of his career in three chemical Multinationals (Du Pont, Uniroyal and Rhone Poulenc Agrochimie) as an international sales and marketing manager, holding responsibilities over multiple geographical locations and strategic products in the EMEA region.

In 1989 he took part in the start up of a Swedish recruiting company in Italy, which in a few years became a market leader in its area of business. In 1998 he was recruited by Spencer Stuart as a core member Industrial practice and as Executive Vice President responsible for the launch an internet-based recruitment division which in a few years grew to the 30% of the company’s turnover.

In 2005, Gabriele joined Heidrick & Struggles to participate in the development of a new strategy focused on global practices and strategic worldwide accounts. From 2005 to 2012, he had been  Partner in the Industrial and Supply Chain Practices.

In 2013, Gabriele started as a Managing Director in the Italian office of Transearch, one of the top ten leading international networks in the Executive Search Industry worldwide. His primary focus was in the Industrial Practice at large including energy, automotive, chemical, infrastructures and utilities.

Gabriele has a vast knowledge of the European and Mediterranean countries including northern Africa. He is also a consultant to multi-national firms in Europe and leads international teams to conduct global assignments.