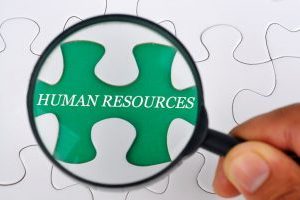 Nvidia, considered among the hottest firms in the technology sector, was recently rated first in the Massachusetts Institute of Technology’s rankings of “smartest companies.”

The company is renowned for having invented the graphic processing unit, commonly known as GPU, which ignited the growth of the PC gaming market, redefined modern computer graphics, and revolutionized parallel computing.

Nvidia, by all accounts, is anything but a traditional company. “And they certainly weren’t looking a traditional HR leader for this role,” said Mr. Buck. “The profile was unique because we were seeking an executive who was as culturally-minded as they were business-savvy, a leader who brought a modern, fresh sensibility to the HR function without getting lost in trying to out-innovate his or her peer group.”

“We needed someone in this role from the tech space who had gone through rapid scale and understood well how a best-in-class HR philosophy could further accelerate a company’s growth, or hyper-growth in this case. To be clear, however, we were not looking for someone to come on board and just run Facebook’s playbook or copy-exact Google’s employee value proposition. Whatever the design and strategy, it needed to be authentically Nvidia.”

The search was global in scope with a very targeted strategy. “Specific companies and executives were identified,” said Mr. Buck. “From there we narrowed the list to a select few. When you consider the criteria — culturally minded, business savvy, high growth, best in class, modern HR mindset, etc. — the candidate pool of those who have ‘been-there, done-that’ was quite limited.”

7 Critical Competencies to Help HR Leaders Manage Change
Global companies are in growth mode, and that’s giving HR leaders more uncertainty to manage. More and more business leaders are concluding that competency in human resources is a core requirement for their company to succeed.

Ms. Cerio holds a bachelor’s degree in industrial and labor relations from Cornell University and an MBA from the Fuqua School of Business at Duke University.

“Shelly checked all of the boxes,” said Mr. Buck. “Smart. Sensible. A passion for creating and delivering impactful people-solutions that mattered to the people and businesses she was supporting.  Her rapport with the leadership team was instantaneous and her track record of growth and scale was second to none.”

ON Partners’ Mr. Buck, who specializes in consumer and enterprise technology, leads executive searches for public corporations, as well as the portfolio companies of leading private equity and venture capital firms.

He has helped build the executive teams for Nvidia, Logitech, Harman, Cree, EcoSense Lighting, and ByteLight.

A Range of Specialties

Prior to ON Partners, Mr. Buck managed and serviced corporate and retirement plan assets exceeding $2 billion for Charles Schwab & Co. on behalf of national and multinational clients. He earned his Bachelors of Arts degree in finance and marketing from Ohio University.

With a primary focus on technology, energy/ clean tech and the life science sectors, ON Partners recruits C-suite, board directors and senior executive talent for public and private companies, as well as venture capital and private equity firms. Based in Solon, OH, the firm currently has consultants working from offices in Atlanta, Baltimore/ Washington, D.C., Boston, Cleveland, Dallas, Minneapolis, Portland, and Silicon Valley.

Earlier this year, Wurster Partners merged with ON Partners, bolstering the firm’s expertise in global consumer brand recruiting. Founded in 2010, Wurster Partners has worked closely with both public and private companies across the consumer industry. The firm has also developed a reputable foothold in corporate officer and diversity recruitment in areas of marketing, digital, information systems, human resources and finance.

Founder and managing partner Michael Wurster now serves as a partner with ON Partners. He has nearly two decades of global experience and has advised international corporations, private equity and venture capital firms, and higher education and non-profit entities, specifically in areas of inclusion, succession planning and executive onboarding.

Check Out These Related Articles On HR:

100 Companies That Excel In HR A CHRO View on Building Great Teams, From Inside and Out CHROs Reveal Serious Gap In HR Talent Here's Why Game Changing CHRO Talent Is In Big Demand How Companies Can Build Up Their Defenses Against Talent Raids Data-Driven CHROs In Demand As Role Shifts In Complexity CHROs Undervalued by CEOs Despite Growing Influence Key Factors In Selecting Your Next CHRO Data Driven CHROs In Demand