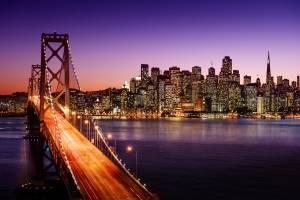 November 9, 2017 – Executive search firm ON Partners has bolstered its San Francisco operations with the appointment of Jeff Hocking as partner.

He joins the firm from Korn Ferry, where he was regional market leader for the company’s technology practice. In that role, Mr. Hocking was responsible for leading executive search, leadership development and emerging leaders practices across North America. He was also a member of the board and CEO practice there, and was also the global leader of the systems and devices sector. Previously, Mr. Hocking was vice president of executive recruiting with the Internet Capital Group and a manager with Booz Allen & Hamilton.

“We are really excited to have Jeff join the ON Partners team”, said Brad Westveld, partner at ON Partners. “Jeff further strengthens our Bay Area footprint and brings ‘instant credibility’ to a dynamic Northern California search market. Having worked with Jeff previously, I can personally speak to his client commitment and passion for search. He is an instant fit with our team and we all benefit from the breadth of his experience.”

Earlier this year, ON Partners appointed John Morrow as a partner and leader of its San Francisco office. Mr. Morrow, a search consultant focused on recruiting technology sector leaders, has over a decade of experience to his new role. He has led hundreds of senior executive assignments for clients that range from early-stage startups and PE-backed companies to publicly-traded global organizations. Prior to ON Partners, Mr. Morrow was a partner with Calibre One.

Recruiters say highly skilled candidates are in great demand throughout the San Francisco Bay Area, and they often receive multiple job offers with competitive compensation packages. As a result, demand is growing for professional-level candidates in accounting, finance, administration, technology and the life sciences.

A number of search firms have expanded to the San Francisco area in recent months. Here’s a look at a few from the Hunt Scanlon Media archives:

Executive search firm Mlegal Group expanded with the additions of Natasha Innocenti, Carter W. Brown, Suzanne Kane and Karina Robles in the San Francisco Bay Area. Ms. Innocenti, who previously led her own firm, has over 20 years of experience in placing law firm partners across most practice areas and has helped open California offices for 9 AmLaw 100 and 200 law firms.

Executive recruiter True Search added Ryan to its VC practice in its San Francisco office. He concentrates on recruiting C-suite and VP-level executives to some of the top enterprise software and consumer technology companies in the country. Having spent seven years at Daversa Partners, he has worked as a partner to any number of entrepreneurs and venture capitalists.

Allegis Partners expanded with the addition of John K. Anderson in San Francisco as a managing director in the firm’s human resources practice. He specializes in identifying human resource executives to lead HR teams and functions at a variety of organizations. Most recently, he was senior vice president for hrQ, a human resource professional services firm.

Check Out These Related Articles On Recruiting Firms Expanding In and Around San Francisco: