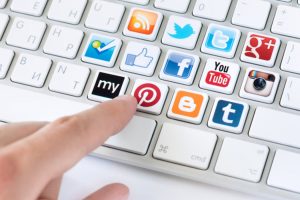 November 23, 2016 – Executive search firm Calibre One has appointed Tom Crawford as a partner in its San Francisco office.

His career in executive search was preceded by more than 20 years of operational experience in high-growth, venture-backed startups and he was an early, central figure in the bringing to market of multiple technology innovations. His efforts were instrumental in delivering to consumers the first web-based and mobile email products as well as ground-breaking anti-spam and anti-phishing SaaS solutions to the enterprise. He participated in multiple funding events and successful exits, including three startup acquisitions totaling over $200 million prior to his joining XOOM.com, which went public after only two years and $10 million raised. XOOM’s IPO in combination with a $250 million secondary offering resulted in 30 times returns to investors and led to the company’s acquisition by General Electric.

An international recruiting boutique specializing in working with technology-centric businesses at all stages of development, Calibre One represents Fortune 1000 companies in their hunt for leadership, including AMEX, Flex, eBay, Expedia, NetSuite, TripAdvisor, Symantec, Fiserv & Hearst. Within the technology sector, the firm is experiencing growth in the areas of healthcare IT, fintech and cloud computing.

Calibre One has seen significant growth over the past several years and now ranks as the 21st largest search firm in the Americas region, according to the latest statistics report released from Hunt Scanlon Media. The firm has secured more than 2,000 executives at the vice president, C-level and CEO stages of their careers, including for Fortune 100, mid-sized private equity and emerging growth companies.

In September, Calibre One launched a ‘purpose-driven’ search practice led by partner Venesa Klein and backed by a team of specialists. The new practice area focuses on placing senior level executives in growing organizations seeking to create innovation with meaningful impact. This includes companies that focus on empowering employees and / or making positive social impact, such as benefit corporations, B-Corps, L3Cs and other purpose-driven companies as well as investment firms focused on this emerging sector

The firm recently added Douglas Gladstone and Ryan Polich as vice presidents in its San Francisco offices. Mr. Gladstone is responsible for cultivating relationships with existing Calibre One clients as well as new clients and candidates. Prior to joining the firm, Mr. Gladstone worked for several years as the managing director of DP Gladstone & Associates. Mr. Polich focuses on financial services technology, internet and the industrial sectors. He was previously a partner at IQTalent where he led client relationships, executive searches, and recruiting teams for Fortune 500 companies, mid-sized technology companies, hedge funds and startups.

“It is a very exciting time in the executive search industry right now,” said managing partner Dan Grosh. “Our firm has averaged 30 percent year-over-year growth during the last three years. While the demand for traditional C-suite positions such as CEOs, chief marketing officers, CTOs / VP of engineering, and sales leaders remains very strong, we are also seeing the rising trend for new executive leadership roles in data analytics and data science, cloud operations, and customer success.”