Stay Connected:
Talent deficits exist in every industry. But the marijuana field is exceptionally short on senior level leaders who can come in and cross-pollinate their functional and industry skills sets. Let’s clear the smoke and get the latest dope from this innovative search pioneer. 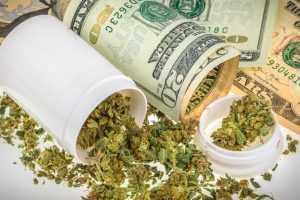 April 14, 2017 – Legal marijuana is now a near $7 billion business in the U.S., and sooner or later some enterprising headhunter was going to stumble upon it. Enter Dan Ogden. His recruiting joint, Delta 9 Search, is devoted exclusively to finding senior level executives for the cannabis industry. In its first four months of operation, business has been unusually steady.

Mr. Ogden has only been involved in recruiting executives for the marijuana industry since December, and by this point he’s heard enough less-than-witty remarks about his job to last his entire career. “I have definitely had my share of people who, when I tell them what I do, they give me sort of a nod and a wink and say, ‘Oh, you’re in the cannabis business. Can you get me some samples?’” he said resignedly. “If I had a penny for every time I heard that joke, I’d have a lot of pennies.”

Mr. Ogden, however, is hardly in this for laughs. His search firm, based in New York, is devoted exclusively to finding executives for the cannabis industry. As principal and practice lead, he regards himself as a recruitment pioneer for what is expected to be a venerable, job-producing $21 billion industry within the next four years. And right now, it is short on senior level talent who can cross-pollinate their functional and industry skills sets. While it’s not hard to find staffing agencies to recruit employees for retail and junior roles in the pot industry, Mr. Ogden claims that his is the only organization devoted to finding executive level talent for the field. As he’s fond of reminding new clients who come calling: “No budtenders. No bookkeepers. Only executives.” 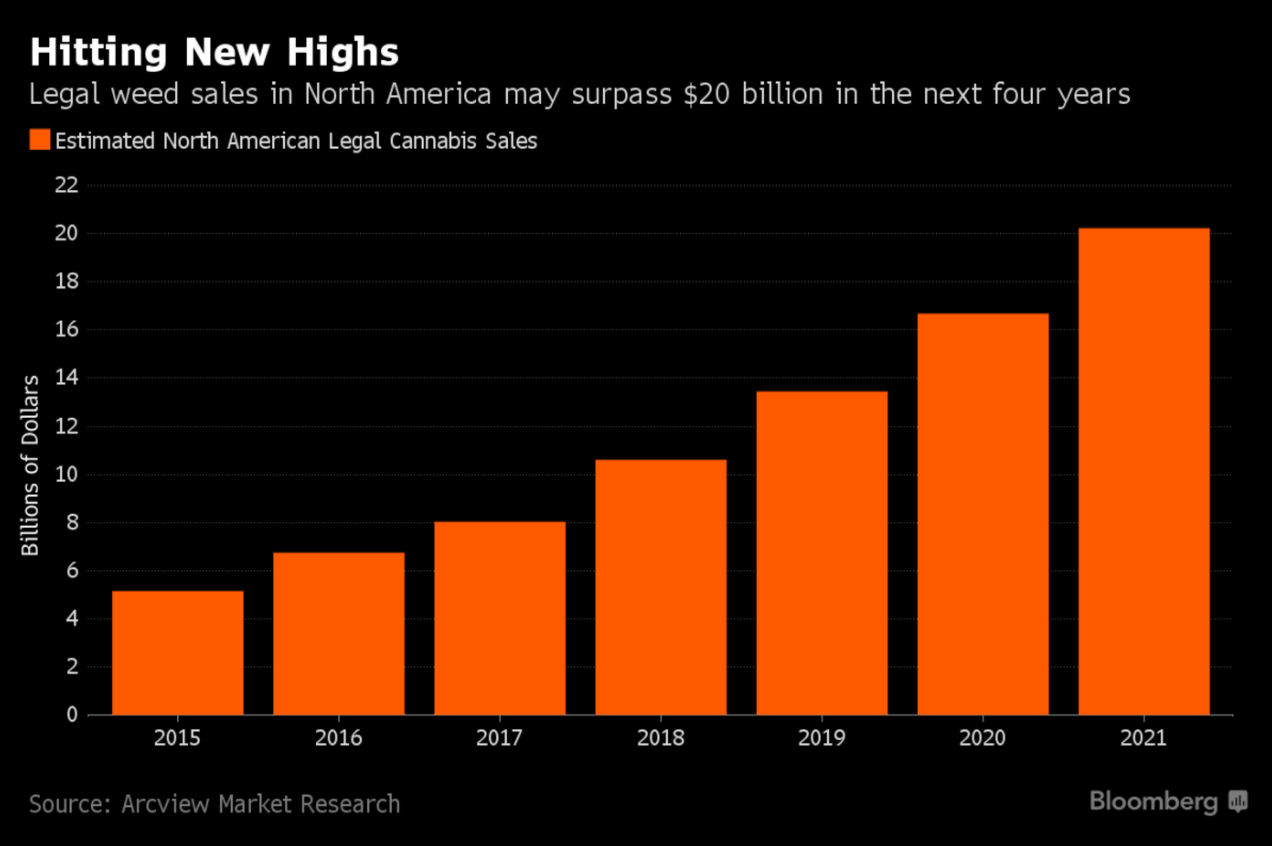 There are plenty of recruiting firms out there, said Mr. Ogden, that can help find a staff accountant – they might even occasionally take on a CFO search, but in his mind’s eye that doesn’t make them executive search firms. “That doesn’t make them Korn Ferry,” he said. “While I don’t liken us to Korn Ferry, for this industry we are.”

Delta 9 Search takes its name from Delta-9-THC, the main psychoactive ingredient in marijuana. Mr. Ogden describes his search firm as a hybrid. It is a corporate joint venture between Mr. Ogden’s Omnibus Consulting, a ‘big data’ search firm, and Rockwood Search, a diversified operation run by Edward Caliguiri, who also serves as principal and chief operating officer of Delta 9.

At the moment, Mr. Ogden does not feel like he’s made a mistake at all. Business is brisk. “We’re the first player in our specific niche. There’s going to be some ups and downs before we, and the industry, hit our stride.” But he said he’s confident in the model, confident in the business, and quite confident that the pot prohibition will soon end. “The economics of it alone point to a great future,” he said, and he might be right. Legal marijuana was a $6.6 billion industry last year, according to the New Frontier Data research group, and is expected to grow at a 16 percent compound annual growth rate. Over the next three years, it is projected to create 283,000 jobs, outpacing manufacturing, and a host of other areas.

Certainly cannabis in the U.S. has come a long way in recent years. Recreational marijuana is now legal in eight states, while medical use is allowed in 28 states and the District of Columbia, with other states looking into joining them. Still uncertain, however, is whether the Trump administration intends to take a tough stance on marijuana, which under federal law remains a prohibited substance.

Certainly the pot industry – and Mr. Ogden – are crossing their collective fingers, hoping President Donald J. Trump will continue to leave marijuana a matter for individual states to decide. Mr. Ogden’s reading of the Trump administration tea leaves as it pertains to marijuana is cautiously optimistic: “It doesn’t look like this is a priority,” he said. “There’s a lot of other things on Trump’s hit list and recreational cannabis does not seem to be anywhere near the top.”

The pot industry certainly has its fair share of proponents and opponents, but at the end of the day one thing both sides seem to agree on is the massive opportunity this sector provides to anyone up for a new challenge. According to a recent Korn Ferry survey of nearly 2,000 professionals, nearly three quarters (73 percent) said that if they plan on being in the job market this year, it’s because they’re looking for a challenge. Trailing far behind, nine percent said they are looking because they either don’t like their company or their efforts aren’t being recognized. Welcome to the new world of work ….. Here’s some further reading from Hunt Scanlon Media.

Here’s the No. 1 Reason Workers Are Seeking New Jobs In 2017
Professionals who have progressed in their careers have done so for any number of reasons. But by and large they’re passionate about what they do and need to feel that they are being pushed professionally and continually learning new skills.

Under current law, medical marijuana is protected from Justice Department action. So if the federal government did go on the offensive, its target would be recreational pot. That would be less than ideal, said Mr. Ogden, but Delta 9 could withstand the blow. “As a search firm, we could exist with the medical side only,” he said. “We would much rather exist with medical and recreational. It’s not that we are without concerns. But I think we’re in reasonable shape in respect to the new administration.”

Mr. Ogden, who has some 20 years of experience in the search business, said both he and Mr. Caliguiri like to stay ahead of the curve in their work and saw the rise of legalized pot as a significant opportunity. “I had this idea in my mind for some time that the cannabis industry had a number of companies that do what you might call staffing for retail store-level market entrance,” Mr. Ogden said. “But there were a lot of higher executive level needs, from data scientists up through more strategic business consultants on the regulatory business frontiers, and financial people like CFOs.” There’s certainly no shortage of app developers, master growers, or chemists that might work on extractives, and that sort of thing, he said. But nobody was providing the industry with a dedicated search service. “And so we started Delta 9 Search,” he said.

Mr. Ogden describes the firm as agnostic about marijuana use. “If you can get benefits out of it, that’s great,” he said. “But we don’t see that prohibition can last, and a legitimate industry need is there. That’s why we exist.” Thus far, business is solid.

One assignment he recently worked on, was for an application developer with a six-figure cannabis user base that is looking for a chief operating officer. “They’d like somebody that understands the market, the intricacies, the product, the capabilities, and what is needed by their user base, in addition to having a very strong background in a technology startup environment,” he noted. Another search underway is for a marijuana practice manager for a large consulting firm. “In this particular case, the client is an established national consulting firm, publicly traded,” said Mr. Ogden. “Ultimately, the position would be on par with what you might call a Big Five consulting firm practice manager.”

Given that marijuana is a new sector, Mr. Ogden and company are unlikely to find candidates with much direct experience in the field. But, using a trademarked methodology he has developed, Knowledge Economy Executive Search, Mr. Ogden has been able to identify prospects with underlying skills in comparable positions. “Most of the roles do exist in some other related field,” he said. “For instance, if you’re looking at the regulatory aspects of cannabis, who do you want to talk to? Well, you want to talk to somebody who has been a regulator or in a regulatory capacity for an agri business or something similar.”

Right now, what the cannabis industry needs most is time to mature, said Mr. Ogden. On the one hand, there is a public perception connecting marijuana with the well-worn stoner image. “There’s a lot of nod-nod, wink-wink jokes every time I mention my work to someone,” he said. “I think it’s going to take a bit of doing to build the perception of cannabis as a true stand-alone industry and not the realm of a bunch of hippies who are sort of trying to pull one over on the rest of America. It’s going to take a little time to get to that point.”

Likewise, it will take a while for the marijuana industry itself to accept executive search. Indeed, Mr. Ogden and his team have a lot of work ahead of them. “We are not yet at the point where the cannabis industry as a whole has recognized the value of using an external search firm,” he admitted. “Elements of it have. But I think it needs a little more maturation to get to the point where it’s more of an accepted concept.”

Check Out These Related Articles On Workplace Trends: