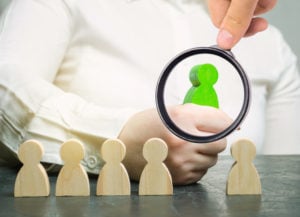 “The board is excited to appoint Bruce as the new president and CEO of Ribbon,” said Richard Lynch, chairman of the Ribbon board of directors. “He is a technical business leader with a proven history of developing and growing sustainable, diversified and profitable businesses through multiple technology and business cycles. We believe Bruce is the right person to lead Ribbon forward into our next chapter as a combined company with ECI Telecom Group Ltd.”

Mr. McClelland has served in numerous leadership roles throughout his three-decades long career, which includes 20 years at ARRIS International, where he most recently served as its CEO and led the sale of ARRIS to CommScope Inc. for $7.4 billion last year. While at ARRIS, Mr. McClelland managed the successful acquisition and integration of the Ruckus Wireless and Brocade ICX Campus switching businesses from Broadcom Inc., a major step in diversifying the ARRIS business beyond the service provider market into the broader enterprise market, while strengthening the company’s wireless technology capabilities. Following the acquisition of ARRIS by CommScope, Mr. McClelland served as chief operating officer of CommScope, where he was responsible for the combined portfolio of products and services. Previously, he spent 11 years at Nortel Networks Corp. and Bell Northern Research. He began his career with BNR in Ottawa, Canada and was responsible for the development of Nortel’s SS7 switching products immediately prior to joining ARRIS.

Gary Megennis and Kelly Fairweather, the founders of One Degree Partners, have more than 40 years of experience leading executive searches focused exclusively on venture and growth stage companies. Combined, they have completed more than 400 searches, including over 150 chief executive officer searches and more than 250 searches for vice presidents of sales, marketing, business development, product and chief financial officers.

This latest research report from Hunt Scanlon Media examines the growing talent dilemma unfolding at private equity firms – and offers an array of solutions to win the widening war for leadership. According to Hunt Scanlon, the PE sector can expect to see an expanding bidding war for top talent over the next decade. Driving the trend: persistent global talent shortages across the C-suite in most industries and functions, including finance, healthcare and biotech, digital and technology.

Linking talent to growth is this report’s overriding theme. Hunt Scanlon has surveyed private equity leaders and their chief talent officers as well as leading executive recruiters specializing in the sector. Their expert commentary and advice is contained in this year’s report. Click here to read more!

Mr. Megennis has been in the executive search industry since 1992. He was a partner at Kindred Partners for nine years and Ramsey Beirne Associates for four years. Before joining Ramsey Beirne in 1997, Mr. Megennis worked for Heidrick & Struggles and Norman Broadbent.

Ms. Fairweather has been in the executive search industry for over 20 years. She joined Ramsey Beirne Associates in 1995 and co-founded Kindred Partners in 2001. Prior to that, she spent several years each with Ford Motor Co.’s dealer computer services division and the outplacement firm Drake Beam Morin.