Menu
View our Events
Stay Connected:
Despite a strong economy, workers are holding off on retirement plans, according to a just-released report by CareerBuilder. Let’s dig into the findings and look at what’s driving Baby Boomers into their golden years. 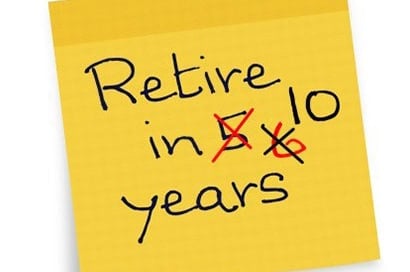 May 7, 2018 – Although the economy has vastly improved, older workers are still hitting the brakes on their retirement plans. According to a CareerBuilder survey, 53 percent of workers aged 60 and over say they are postponing retirement, with 57 percent of men putting their golf game on hold compared to 48 percent of women. Four in 10 workers (40 percent) don’t think they’ll be able to retire until 70 or older.

The survey was conducted online by Harris Poll and included a representative sample of 809 full-time workers across industries and company sizes in the U.S.

“Postponing retirement will make an impact across all of our country’s workforce, along with retirement policy and financial and health care planning,” said Rosemary Haefner, chief human resources officer (CHRO) at CareerBuilder. “With workers staying in their jobs longer, employers are adjusting hiring needs, but also reaping the benefits of the extra skills and mentoring abilities of mature employees.”

Sr. Recruiter Wanted at Nevro
This position will report to the Director, Global Talent and will work closely with hiring managers across the sales department. In this role, you will partner with the regional sales leadership to attract and hire A+ sales professionals to join the organization.  Apply on Ezayo!

Postponing Because of Uncertainty

When asked how much money they think they’ll need to save in order to retire, workers said:

For organizations, it could be good news that Baby Boomers, those born between 1946 and 1964, are postponing retirement. According to a survey by the Futurestep division of Korn Ferry, Baby Boomers are still some the most motivated and driven members of the workforce.

Notably, the survey had similar results to the CareerBuilder report and found that Baby Boomers will be working for far longer following the global recession. As a result, businesses should expect to have them in the workplace for at least five years longer and that might dovetail nicely with how this demographic group works with, and encourages, the Millennial generation following it.

In a survey of global executives that looked at the role of Baby Boomers, 55 percent said that they are willing to work longer hours than other generations, and were considered the second most productive generation after Gen X. Nearly a third (31 percent) felt they needed less feedback than Millennials or Gen X employees, demonstrating how boomers are also seen as reliable, in addition to hardworking.

“It’s clear from the results that the Baby Boomer generation still forms an integral part of the backbone of businesses today,” said Jeanne MacDonald, Futurestep president of global talent acquisition solutions. “There has been so much talk about Millennials in the workplace and their impact that many organizations forget that Baby Boomers are still a vital part of the workforce. Our survey has revealed that they are dedicated, hardworking and reliable, while still having a desire to drive progress.”

Many Baby Boomers have been financially challenged by the economic malaise of the 70s and significant economic disruptions in 1988, 2001 and 2009. “They have watched their housing and overall asset value decline,” said Hilary Pearl, founding partner of Pearl Associates, an executive coaching and organizational consulting firm. “Because of workforce automation and the technology revolution, many traditional jobs have disappeared while emerging jobs required new skills — and boomers have had to raise their game. Boomers, who define their personal identity through professional success, make great employees,” with personal values of self-reliance, hard work and achievement balanced by a preference for collaborative problem solving, decision making and team work.

Related: How Generation Z Will Impact the Future Workforce

While many in the Baby Boomer generation are working longer to provide more financial security after seeing their retirement account balances tumble during the Great Recession, Ms. MacDonald agreed that their desire to extend their careers is not entirely financially motivated. “What is often overlooked is the fact the majority of the people in this generation are highly motivated, enjoy what they do and they provide great experience and value within the global workforce,” she said.

Which C-Suite Roles Are Closest to Retirement?

Not surprisingly, CEOs are some of the oldest and longest-tenured corporate executives compared with other prominent C-suite roles, according to analysis by Korn Ferry. By contrast, the study found chief marketing and information officers sit at the other end of the spectrum as the youngest and shortest-tenured top professionals in the workplace.

Workplace Expert Offers Eight Tips for Replacing Baby Boomers
The mass migration of Baby Boomers from the workplace is underway. While their full departure will take years to set in, the transition is unquestionably underway and it is creating a significant puzzle for every company and those in charge of staffing them to solve.

“It makes sense that for large, complex companies, the executive who holds the highest leadership position would have more and diverse experiences, which would translate to more years in the workforce,” said Tierney Remick, vice chairman, Korn Ferry board and CEO services. “Immediately following the 2008 Great Recession we saw many boards asking their CEOs to continue to lead and navigate through an unprecedented period of dynamic change and ultimately, recovery.”

The average CFO age of 53 represents the middle of the pack for C-suite members. There isn’t much variance in the age of CFOs among industries, with an average age of 54 for financial services and the life sciences, and an average age of 53 for the other industries (consumer, energy, industrials, professional services and technology). As for tenure, behind the CEO, the CFO is the longest-serving C-suite member at an average of 5.1 years. The longest-tenured CFOs are in the life sciences, with an average of six years, and the shortest-tenured CFOs are in the technology and industrial sectors at an average of 4.9 years.

“In 2016 we saw internal promotions of CFOs continue to climb to 58 percent,” said Bryan Proctor, senior client partner and leader of Korn Ferry’s CFO practice. “We’re also finding that a contributing factor to the longer tenure of CFOs are boards, which are taking the time to create robust succession management processes to ensure chosen candidates are a good fit, and therefore stay longer,”