Menu
View our Events
Stay Connected:
With all the talk of Baby Boomers retiring and Millennials comprising the majority of today’s workplace, one in-between generation seems to get lost in the shuffle. Let’s take a look into a recent study and see what makes Generation X tick. 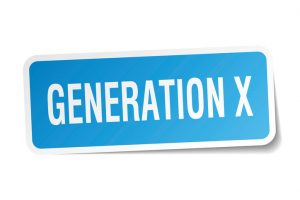 July 25, 2017 – With so much attention directed at upstart Millennials, employers may be overlooking their employees from the 40-something generation. New research out of the U.K. shows that employees from Generation X mirror many of the workplace trends of their younger counterparts in terms of switching jobs, demanding diverse skill-sets and forging careers or part-time gigs from their personal passions.

A recent survey of more than 500 professionals by Management Today, a U.K. magazine, and Vauxhall Motors, a U.K. automaker, revealed that like their younger colleagues, Gen-Xers have abandoned a single career path and are open to following an evolving working life. Of the older professionals surveyed, more than half (56 percent) said they believe that a job for life stifles development. More than one in five, the study said, intend to change careers in the next two years. Twenty percent plan to switch industries.

The motivation for changing careers, according to the survey, are job satisfaction (66 percent), a better work/life balance (60 percent), reward packages (50 percent) and flexible working hours (42 percent).

Although the Management Today study focused on the U.K., many of its conclusions apply in the U.S. as well. “The idea of a job for life ended with the baby boom,” said John Ricco, co-founder of Atlantic Group, a New York-based search and advisory firm. “There was a time when companies had pensions and took care of their employee’s needs which allowed them to stay with the related company for life. Since the 401K was implemented and pensions became scarce that viewpoint has changed radically. Employees today don’t have the job security that generations past enjoyed which lead to job hopping.”

What’s more, Mr. Ricco points out, the overall culture toward careers has been upended. No longer is it frowned upon to change companies. Often, in fact, it is a necessity to help advance one’s career. But that does not mean one should constantly be changing jobs. “Job hoppers, candidates who move jobs once a year or so, are frowned upon by employers as companies don’t want to invest in staff that will pick up and leave in the short term,” said Mr. Ricco. “A good rule of thumb is to move no fewer than three years in a current position, and if you do move before three years, be able to articulate exactly why to a prospective employer during the interview process.”

In a Three Generational Workforce, Baby Boomers Provide the Backbone
Baby Boomers, those born between 1946 and 1964, are still some the most motivated and driven members of the workforce, according to a newly released survey by the Futurestep division of Korn Ferry.

Almost half of those surveyed said they are likely to start their own business in the next 10 years. Seventy percent said they are seeking a “major change,” the study said. “Supported by other surveys, the age for starting a business is not mid-20s but mid-40s,” said Management Today. “Often with a family to support, Gen-X professionals believe owning a business will bring freedom and flexibility into their lives.”

According to the survey, the Gen-Xers’ main reasons for starting their own enterprises are the prospect of doing interesting work (52 percent), being one’s own boss (61 percent) and being challenged (49 percent). “The valuable combination of financial security and business experience give this generation the opportunity to design the next chapter of their career,” said Management Today.

One-third of the Gen-Xers surveyed said they plan to use a hobby they enjoy to earn additional income. Seven percent, the study said, are already doing so.

Mr. Ricco regards these changes as more of a cultural shift than a generational one. “It came about in part due to the great recession,” he said. “The recession as painful as it was set free a large number of the work force who was very unhappy with what they did for a living and how they were living their lives. A number of candidates that we worked with who lost their job during this time decided to go for it and take their passion whatever it was and turn it into their business.”

Loving What You Do

Whether they are Millennials or Gen-Xers, people want to feel enriched and excited by what they do for a living, said Mr. Ricco. “Everyone wants job satisfaction, good compensation and more of a work life balance with flexible hours and better rewards,” he said. “I view it more as a shift of how people want to define their work and personal lives. The days of working 70 hour weeks for one company for a career are dead. Companies need to be flexible and understand the needs of their employees if they’re going to survive for the long term.”

Why Companies Remain Indifferent to Millennials In the Workplace
A Millennial dominated workplace will soon be a reality, yet most companies are taking a neutral, non-competitive approach to attracting and retaining this massive workforce.

Among its other findings, the Management Today study showed that those in the 40-year-old age range were well aware of the importance of keeping up with the changing demands and skills required in the modern workplace. Thirty-six percent are working towards a university-level education or professional qualification within the next two years. Forty-three percent said they want the opportunity to learn and grow in their next career, the study said.

Baby Boomers, Millennials and the Value of Mentorship Creating a Millennial Feedback Loop In the Workplace Millennials Cite Impact As Critical Factor In Choosing Next Job What Companies Are Looking for In Younger Workers Social Media Now No. 1 Global Platform for Finding Talent Struggling to Hire Millennials? Here's How To Get Them Onboard